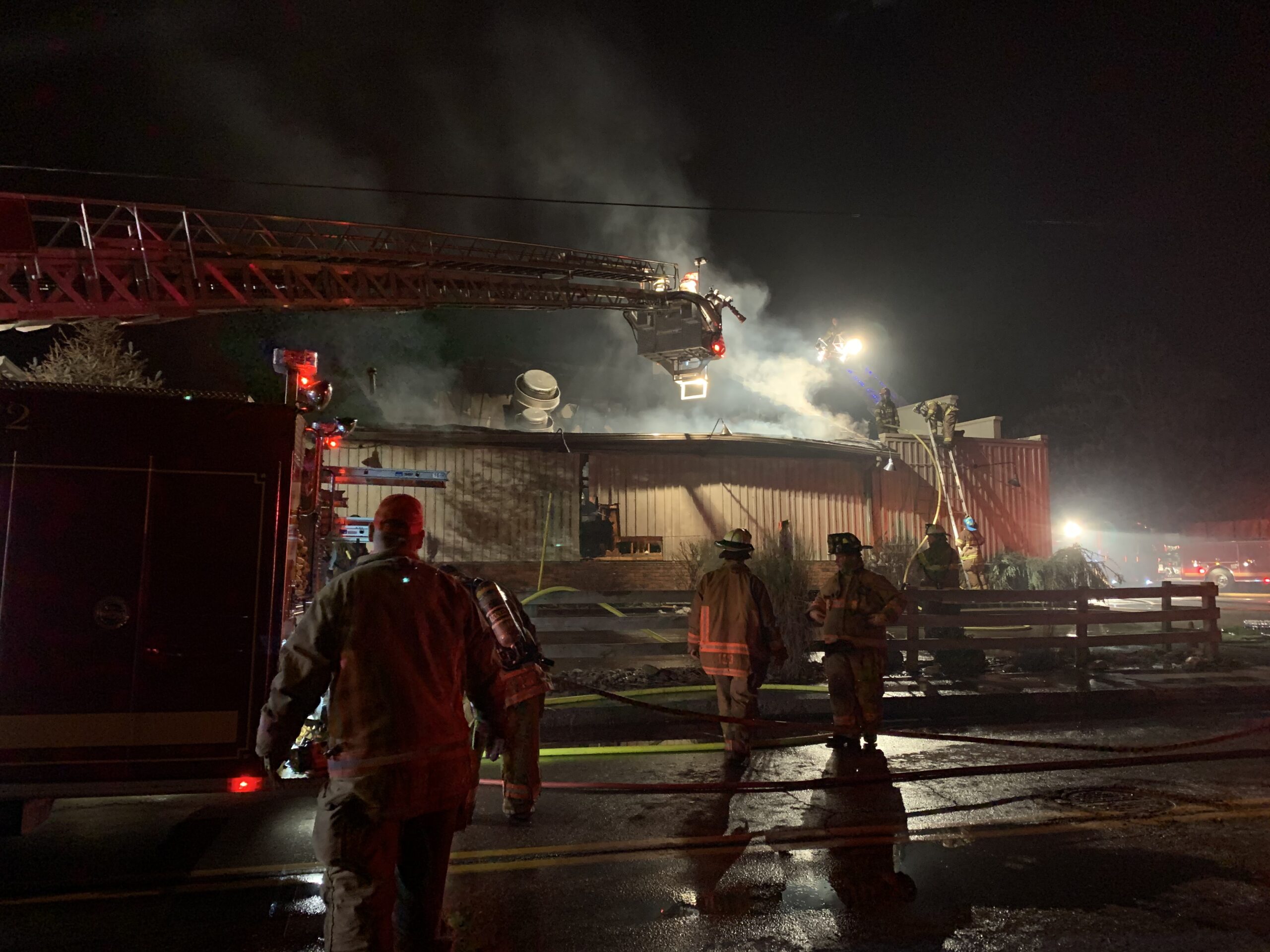 According to Meigs County Sheriff Keith Wood, about 4:31 a.m. a call came into the Meigs County Sheriff’s Office from a passerby that the restaurant looked like something was wrong. A deputy was sent over to check it out and noticed smoke coming from the structure. The tones went off at 4:41 a.m. for Pomeroy, Middleport and Rutland Fire Departments to respond. That is part of a mutual aid call out for the departments on situations such as structure fires.

Pomeroy Fire Chief Rick Blaettnar said the fire appears to have originated in the kitchen, but the state fire marshal has been called to investigate. Chief Blaettnar said that is protocol when there is a high value loss, especially with a commercial structure.

Chief Blaettnar said most of the fire was in the ceiling. Part of the roof caved in and burned on the kitchen side of the structure. The fire did not burn the iconic wood bar, but water damage had not yet been assessed.

The Wild Horse Cafe has been in business since 2003. It was the vision of the late Horace Karr. Most recently it has been in transition of management and ownership, but that had not been completed. The restaurant had a very successful Valentine’s Day weekend on both Feb. 14 and Feb. 15. According to a statement on the Wild Horse Facebook page, “We’ll be back!”

No one was reported to have been in the structure at the time, but a gold fish kept in the office was safely retrieved.

Chief Blaettnar noted there were two ladder trucks and four engines on the scene. Pomeroy Fire Department had 13 firefighters, Middleport had 14 and Rutland had seven firefighters on the call. Main Street was closed in the area of the Wild Horse Cafe while firefighters worked to extinguish the fire. As of about 7:42 a.m. the roadway reopened to traffic.

“The three departments work so well together. We’ve worked together for so many years, we work as one,” Chief Blaettnar said of the mutual aid response.

Sheriff Wood commented that this was, “A sad day for Pomeroy.” Sheriff Wood was on scene as well.