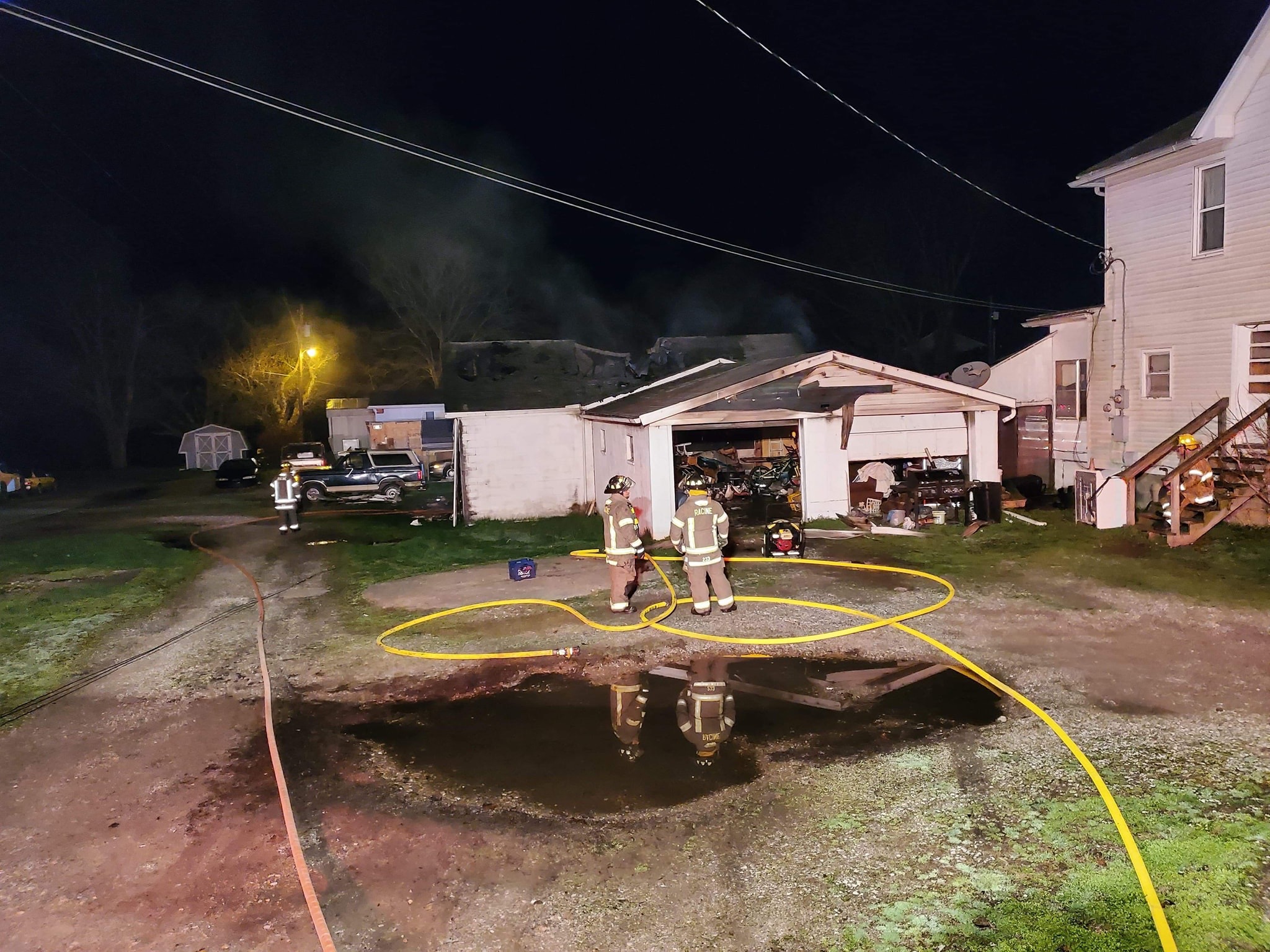 RACINE, Ohio – Racine and Syracuse Fire Departments responded to a fire on March 26, 2020 just after 3 a.m.

According to a statement from the Racine Fire Department, they were alerted to a working garage fire at the intersection of Elm and 5th Street in Racine. Syracuse was also called for mutual aid. Responding were Engines 27, 23, 34, 31 and Trucks 24 and 30 total from both departments. The two departments were on scene approximately two hours. A total of 25 firefighters from both departments responded.

“Thanks to the smoke detectors in the residence, the occupants were alerted to smoke in the house and were able to make their way out. The fire was stopped before it reached the house and garage was not occupied,” according to a statement from Racine Fire Department. There were no injuries reported.

The firefighters remind everyone to make certain you have working smoke detectors. Smoke detectors save lives.