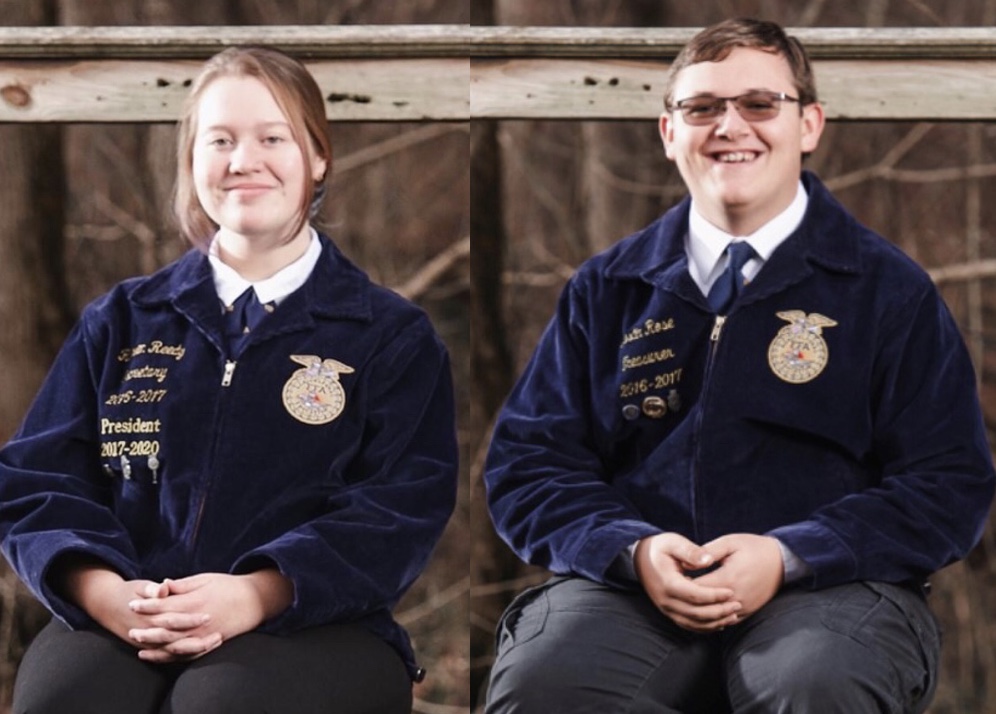 RACINE, Ohio – Scholarship recipients among Racine Southern FFA Class of 2020 have been announced.

Raeven Reedy has been accepted to The Ohio State Agricultural Technical Institute where she plans to major in Biochemistry. Reedy has been active in FFA at Southern all four years of high school being on the officer team all four years and is currently the chapter’s President. Reedy has received many awards and honors and is a 2020 State FFA Degree recipient. She is a member of the National Honor Society, Student Council, Southern Band, Meigs County Junior Fair Board and Wooly Bully’s 4-H Club. She is the daughter of Rhonda Rathburn of Syracuse.

Austin Rose has been accepted to Hocking College where he plans to major in Heavy Equipment Management. Rose has been actively involved in the FFA for all four years of high school holding an officer position each year including Treasurer, Historian, and is currently the chapter’s Chaplin. He has also received many honors and awards including his State FFA Degree in 2019 when he was a Junior. Rose is a member of the Ohio State FFA Band, Southern Marching Band, Racine Junior Volunteer Fire Department, Meigs County Junior Fair Board, and Wooly Bully’s 4- H Club. He is the son of Brent Rose of Racine and Chasity Roush of Sardinia.

Dristan Lamm has been accepted to Marshall University where he plans to major in Civil Engineering. He is currently in the FFA work study program. Lamm has played football and basketball and AAU Basketball. He is the son of Terry and Rachelle Lamm of Pomeroy.