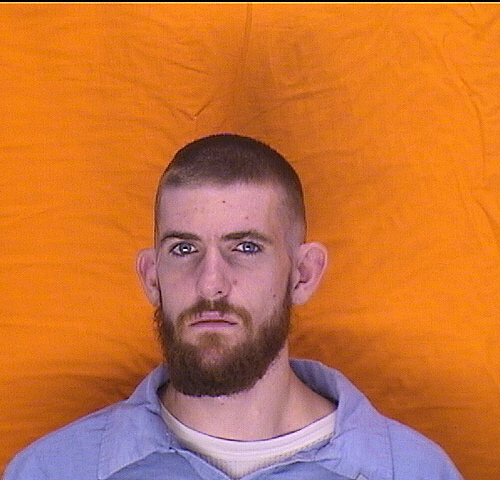 POMEROY, Ohio – More information has come to light following the arraignment of a man that reportedly led law enforcement on a high speed chase through three communities in Meigs County.

Ernest Hudnall, 27, was identified by law enforcement as the man that was driving a Chevy Cobalt at speeds in excess of 100 mph on May 27, 2020. The pursuit started in Racine when Racine Village Marshal Michael Hupp noticed a tail light was out and the vehicle had a loud exhaust. Marshal Hupp tried to initiate a traffic stop, the license plate came back as that of Hudnall who had an outstanding nationwide warrant for his arrest. Hudnall, however, fled and the chase ensued. Following the deployment of stop sticks, crashing into a Meigs County Deputy and hitting a utility pole, Hudnall finally came to a stop and was taken into custody. His passenger was taken by med evac to a hospital, no update on the passenger’s condition has been given. The deputy involved in the crash was transported to the Holzer Meigs Emergency Department, evaluated, and released.

Hudnall was arraigned in the Meigs County Court on May 28, 2020. He was arraigned on an Own Recognizance Bond, but was immediately turned over for a warrant from the Ohio Department of Rehabilitations and Corrections involving two court cases out of Athens County.

In a court case from 2012 in Athens County, Hudnall entered a guilty plea and was convicted on two counts of Unlawful Sexual Conduct with a Minor or Corruption, both fourth degree felonies. He was sentenced to five years of community control, a Tier 1 Sex Offender and supposed to register for 15 years. In April 2016, according to Athens County court records, he had a first of several “notice of violation of community control” which led to an 18 month prison sentence on each count to be served concurrently. It was in 2016 that the additional conviction for Failure to Provide Notice of Change of Address, a fourth degree felony, happened as well. He was given credit for 138 days served. Hudnall gained judicial release on October 16, 2017 and by March 22, 2018 was listed again as in violation of community control. By September 2018, he attempted to flee law enforcement in Athens County as a nationwide warrant had been issued for his arrest. Hudnall was sentenced to serve 36 months in prison in November 2018. According to records from the Ohio Department of Rehabilitations and Corrections, Hudnall was released on January 21, 2020. He was wanted by the Ohio Department of Rehabilitations and Corrections Adult Parole Authority “for violating the conditions of his supervision.”

Hudnall will now face additional charges in Meigs County in connection with the high speed chase. The incident is still under investigation.

For more information on the incident, click the link below.