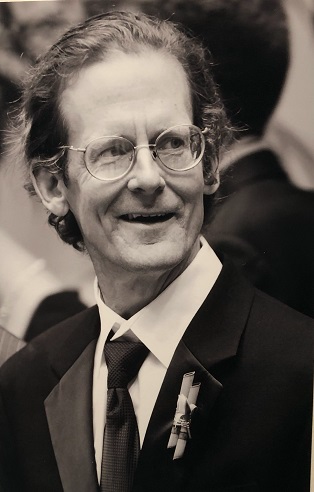 U.S. Table Tennis Hall of Famer and former U.S. No. 2 – John Vernon Tannehill – passed away peacefully at his home on Thursday, July 2, 2020 after a nearly year-long battle with cancer.

John Vernon Tannehill was born on May 1, 1952. John grew up in Middleport, Ohio – a small town along the Ohio River – but even before John was a teenager, his father Chet, a publisher/editor of a newspaper for the Gallipolis/Pomeroy communities, started bringing John to Columbus to play table-tennis.

As a teenager, table-tennis took John around the world. He was the No. 1 player on the famous “Ping-Pong Diplomacy” trip to China in 1971 (depicted in the 1994 movie Forrest Gump). At the time, no official American delegation had visited China in over 20 years. The trip not only helped thaw the relationship between China and the U.S., but it paved the way for President Nixon to visit China the next year. It also landed John and his teammates on the cover of Time magazine. In 2011, John returned to China to commemorate the 40-year anniversary of the trip, where he said he was treated like a rock star, signing hundreds of autographs each day.

And despite all of John’s achievements in table-tennis, his greatest personal victory in sport was winning the Columbus City Chess Championship in 1979. As a self-taught player, he entered the tournament and won, upsetting a chess master along the way.

After largely retiring from professional table-tennis, John worked full-time for AMVETS for more than 20 years. John will be remembered for his gentle soul, eccentric way of life, and all that he accomplished as a world-class table-tennis champion. John was unique: teaching us all it is okay to be different, and he was a friend and coach to many.

John’s funeral will be held on Tuesday, July 7, 2020 at 12 p.m. at Riverview Cemetery in Middleport where friends and family will lay him to rest with his father, Chet Lawrence Tannehill.

John and his family are so grateful for the care he received from Ohio Living Hospice of Greater Columbus and the many messages of friendship, admiration, and support from the Columbus table tennis community where he played, taught, and mentored for nearly 60 years.