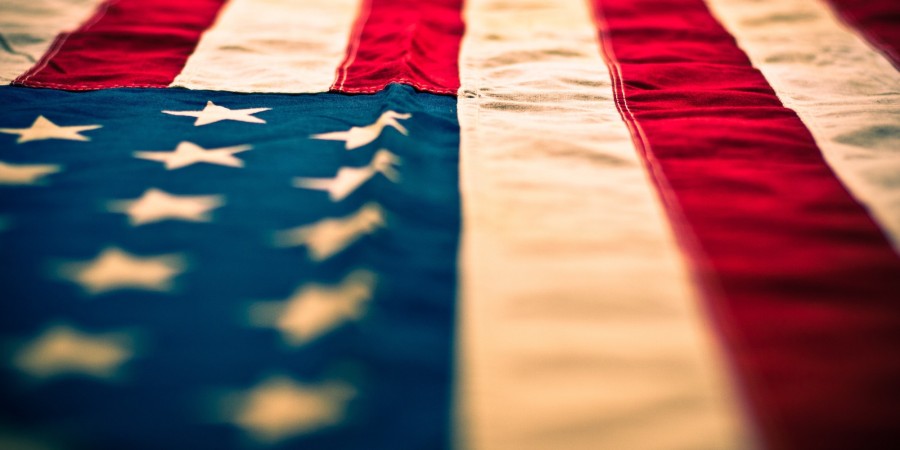 COLUMBUS, Ohio – Governor Mike DeWine has joined other governors across the country in ordering flags at half mast following the death of U.S. Supreme Court Justice Ruth Bader Ginsberg. Governor DeWine along with other elected officials have commented on the passing Justice Ginsberg. Justice Ginsberg had been battling cancer, but had continued to work. As the nation reacts to her death, Democrats and Republicans began taking stances on President Donald Trump nominating someone to replace Justice Ginsburg before the 2020 Presidential election is decided.

“I extend my deepest condolences to the family of U.S. Supreme Court Justice Ruth Bader Ginsburg.  Her work ethic, her devotion to the court, her own fight to break down barriers, her long friendship with Justice Antonin Scalia even though they were opposites philosophically, and her courageous fight against cancer stand as examples to all of us.  She served with a strength and dignity that inspires us all. May her memory be a blessing,” stated Governor DeWine.

Governor DeWine has ordered flags at all Ohio public buildings flown at half-staff  immediately until sunset on the date of her interment to honor the life and legacy of Justice Ginsburg.

Congressman Bill Johnson stated, “Justice Ruth Bader Ginsburg lived a life full of accomplishments and inspired many Americans along her way. As the 2nd woman appointed to the Supreme Court, she made her mark on America’s jurisprudence over the last quarter-century. More often than not, I disagreed with her rulings, but she was courageous and stood strong for what she believed in. Justice Ginsburg also moved and inspired many with her hard-fought, courageous battles against cancer. I offer my deepest, heartfelt sympathies to her family at this difficult time.”

“Justice Ginsburg shattered glass ceilings for women who haven’t yet been born, and brought our country closer to living up to our founding ideals. Her intellect and passion and commitment to justice were simply unmatched,” said Brown.“I pray that the same force of principles to which she held herself will help guide the leaders of this country. The American people deserve a voice in the momentous decision we now face, and it was her dying wish, according to her family, that we wait for their choice to lead us to take office in January to confirm a new justice. We honor Justice Ginsburg best by fighting as hard as we can to preserve her legacy and ensure that women are in all places where decisions are being made,” said Senator Sherrod Brown.

Senator Rob Portman commented as well, “I’m saddened to hear of the passing of Justice Ruth Bader Ginsburg. She was a brilliant lawyer and a pioneer in the legal profession as only the second woman to serve on the Supreme Court. She was respected by all who knew her and admired by so many as a trail blazer and a champion for equal rights. Her personal friendship and respect for colleagues across the ideological spectrum, including conservative Justice Antonin Scalia, serves as an example for all of us. Jane and I extend our condolences to her family and her colleagues on their loss.”

“In the more than two dozen vacancies on the U.S. Supreme Court during a presidential election year in our nation’s history, the sitting president made a nomination in every single case.  Leader McConnell has said that he will hold a vote on any nominee President Trump sends to the Senate, and I intend to fulfill my role as a U.S. Senator and judge that nominee based on his or her merits. The president was elected in 2016, in part, based on a commitment to nominate men and women to the judiciary who would fairly and impartially apply the law and protect the rights guaranteed by the Constitution, not advance public policy goals by legislating from the bench.  Likewise, in both 2016 and 2018, the American people have re-elected a Republican Senate majority to help President Trump fulfill that commitment.

He additionally noted, “In 2016, when the vacancy occurred following the death of Justice Antonin Scalia, I said ‘the president has every right to nominate a Supreme Court justice … But the founders also gave the Senate the exclusive right to decide whether to move forward on that nominee.’ Since the 1880s, no Senate has confirmed an opposing-party president’s Supreme Court nominee in a presidential election year.  In contrast, when the presidency and the Senate are controlled by the same party, the precedent is for the president’s nominees to get confirmed. In the 19 occasions that a vacancy has occurred when the President and the Senate are of the same party, the Senate has confirmed the nominee and filled the seat in every instance but one.  I look forward to seeing who President Trump plans to nominate and thoroughly assessing his or her qualifications for this important role.”

The United States Supreme Court released the following statement upon the death of Justice Ginsberg:

Associate Justice Ruth Bader Ginsburg died this evening surrounded by her family at her home in Washington, D.C., due to complications of metastatic pancreas cancer. She was 87 years old. Justice Ginsburg was appointed to the Supreme Court by President Clinton in 1993. She was the second woman appointed to the Court and served more than 27 years. She is survived by her two children: Jane Carol Ginsburg (George Spera) and James Steven Ginsburg (Patrice Michaels), four grandchildren: Paul Spera (Francesca Toich), Clara Spera (Rory Boyd), Miranda Ginsburg, Abigail Ginsburg, two step-grandchildren: Harjinder Bedi, Satinder Bedi, and one great-grandchild: Lucrezia Spera. Her husband, Martin David Ginsburg, died in 2010.

Chief Justice John G. Roberts, Jr. said of Justice Ginsburg: “Our Nation has lost a jurist of historic stature. We at the Supreme Court have lost a cherished colleague. Today we mourn, but with confidence that future generations will remember Ruth Bader Ginsburg as we knew her — a tireless and resolute champion of justice.”

Justice Ginsburg was born in Brooklyn, New York, March 15, 1933. She married Martin D. Ginsburg in 1954. She received her B.A. from Cornell University, attended Harvard Law School, and received her LL.B. from Columbia Law School. She served as a law clerk to the Honorable Edmund L. Palmieri, Judge of the United States District Court for the Southern District of New York, from 1959–1961. From 1961–1963, she was a research associate and then associate director of the Columbia Law School Project on International Procedure. She was a Professor of Law at Rutgers University School of Law from 1963–1972, and Columbia Law School from 1972–1980, and a fellow at the Center for Advanced Study in the Behavioral Sciences in Stanford, California from 1977–1978. In 1971, she was instrumental in launching the Women’s Rights Project of the American Civil Liberties Union, and served as the ACLU’s General Counsel from 1973–1980, and on the National Board of Directors from 1974–1980. She was appointed a Judge of the United States Court of Appeals for the District of Columbia Circuit in 1980. During her more than 40 years as a Judge and a Justice, she was served by 159 law clerks.

While on the Court, the Justice authored My Own Words (2016), a compilation of her speeches and writings.

A private interment service will be held at Arlington National Cemetery.