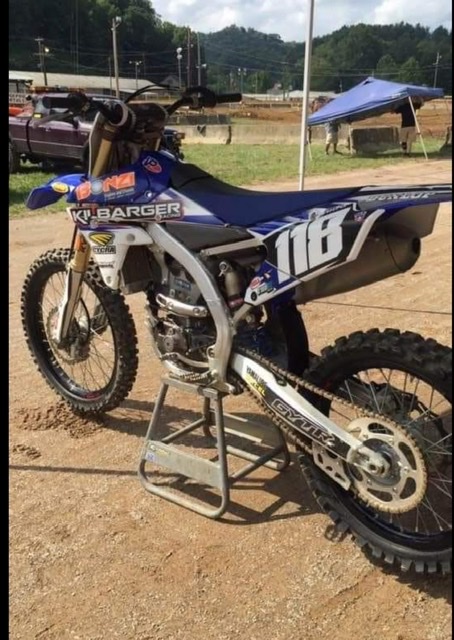 POMEROY, Ohio – Sheriff Keith O. Wood reports that on October 12, 2020 deputies were dispatched to School House Road in Long Bottom to a take a report for the theft of a dirt bike. Sgt. Stewart responded to the scene and spoke with the caller who stated that the dirt bike was inside of an enclosed trailer with a lock which appeared to have been busted off of the frame with piece of rebar that was located on the ground directly below the door. Six items of evidence were collected for DNA comparison as well as the rebar used to bust the lock off of the frame.

“This particular dirt bike was special. It was special to the family and holds sentimental value that no dollar amount can match. It belonged to the late Justin Hill and it meant the world to him which is why it means so much to the family” stated Sheriff Keith Wood.

A $1,000.00 reward is being offered by Fast Traxx Racing for the return of the dirt bike. The dirt bike is blue and white and has “118” on the rear as well as “Kilbarger” on the front below the handlebars.