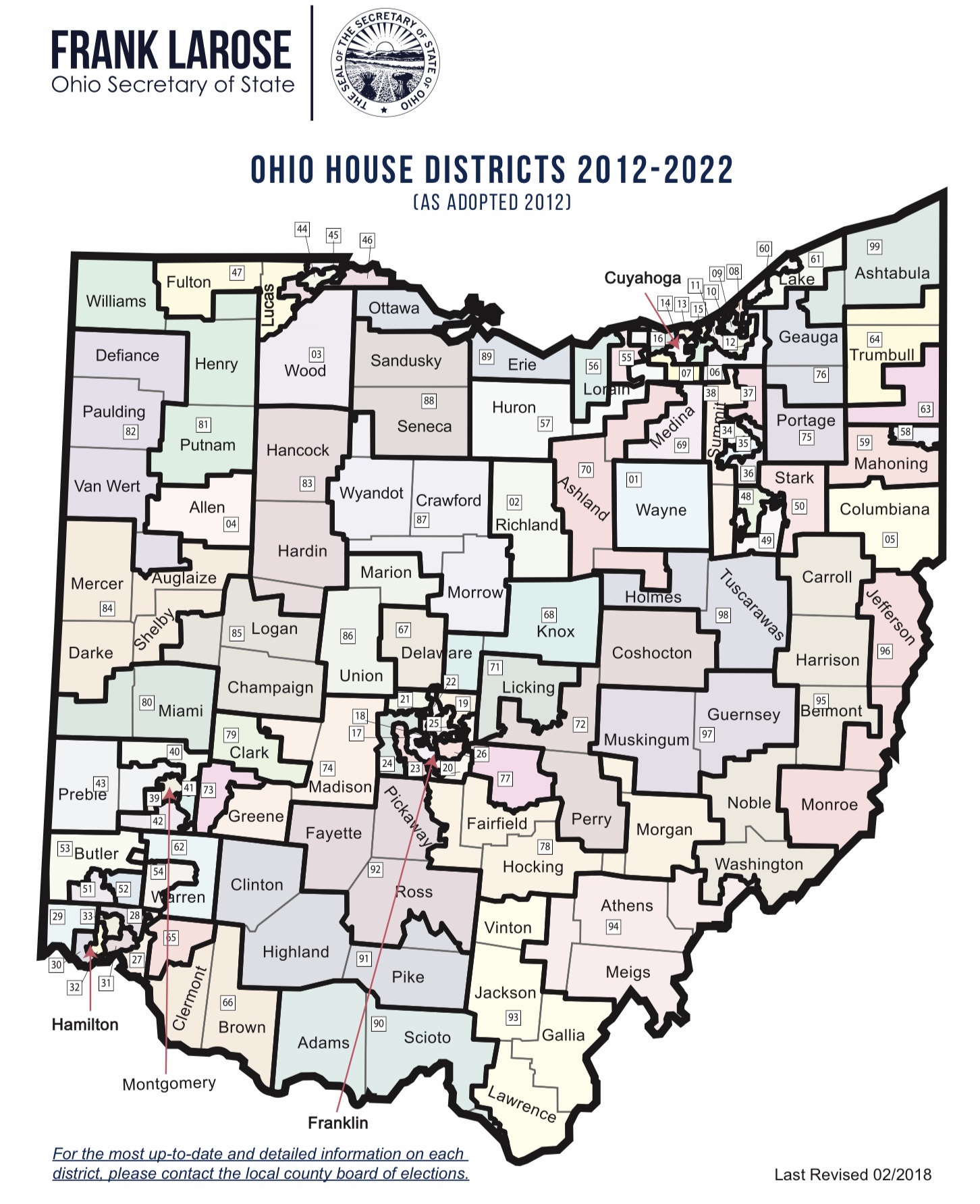 COLUMBUS, Ohio — Ohio’s 134th General Assembly is open, and a key task for 2021 is congressional redistricting.

Voters approved a constitutional amendment in 2018 that creates a multi-step, transparent process for drawing congressional districts. New maps are made every 10 years.

Catherine Turcer, executive director for Common Cause Ohio, said the reforms were badly needed to prevent lines from being manipulated to favor one party.

“Map-making in the past was like the wild, wild West,” Turcer asserted. “They created a district that looks like a duck. The beak is in Lorain County, which is on Lake Erie, and the tailfeathers are on the Indiana border. So, there’s these really unusually-shaped districts.”

State legislative maps will also be redrawn under a new process this year.

Voters in 2015 approved creating the Ohio Redistricting Commission, a bipartisan group focused on creating maps that keep communities together and also increasing transparency.

Turcer explained the map-making process will be somewhat delayed, since the U.S. Census Bureau missed a Dec. 31 deadline to turn in the apportionment numbers used to determine congressional seats.

“We don’t have all the information that we would normally have,” Turcer maintained. “As we begin this process, we need to be patient, because we really want the census to do a good job. You want those numbers to be right, so that there’s fair representation across the country.”

Turcer contended gerrymandering has been a powerful political tool since 1812. And while the new rules encourage good behavior, she noted there are no guarantees.

“We will need to watchdog the process and be as engaged as possible,” Turcer confirmed. “Because it’s much easier to do damage if people are not paying attention.”

Ohio is expected to lose one of its 16 congressional seats, 12 of which are currently held by Republicans. And at present, the 33 state legislative districts are held by 21 Republicans and 12 Democrats.