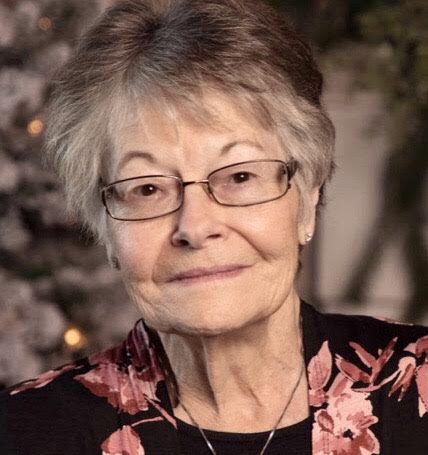 Karen Sue Clark, 74 of Langsville, Ohio, passed away peacefully at her home on January 2, 2021. She was born at Akron General Hospital to Roy Bierhup and Ruth (Kreibel) on September 20, 1946.

She was preceded in death by her husband Alva and daughter, Beth in 2016.

She is survived by her remaining children: Tara Clark and Matt (Melissa) Clark and grandchildren: Adra McClintock, Brenna McClintock and Audrey Clark.

Karen was a member of Rocksprings United Methodist Church.  She grew up on a hog and turkey farm in Wellston, Ohio and found her passion showing Milking Short Horns at the Jackson County fair and at the Ohio State Fair.  She moved on from the farm as she enrolled in medical laboratory training at Holzer Hospital which led her to move to Meigs County when she accepted a position at Veterans Memorial Hospital. Her position, for which she was very proud, kept her closely tied to her community.  It was this work that inspired all three of her children to pursue careers in healthcare. Karen made the difficult choice of leaving VMH for a new position at Camden Clark Medical Center. This was a rewarding position which she enjoyed until her retirement in 2012.  After her retirement, Karen spent her free time at the Mulberry Community Center coordinating the Red Cross Blood Drive where she would compete with her previous numbers.

Although the Covid-19 pandemic, drastically limited her ability to be out in the community, Karen never shied away from her service to her community to keep the blood drive going as scheduled. Away from these work related endeavors, Karen enjoyed sewing, cooking and sports.  She was always there to mend a garment or to create a full ensemble as she enjoyed using her talent for others.  The owner of many classic recipes, she was never afraid try something that was completely new.  Just recently she wondered what all of the fuss about Instapots was and she was gearing up to explore all that options that they offer.

Karen was also an avid football fan.  It did not matter what teams were playing, she would be watching.  She had particular love for her 3 B’s. The Bobcats, The Buckeyes and The Bengals. She never missed a game.  She would often make Alva blush with her enthusiasm.

Friends are encouraged to sign the online guestbook at ewingfuneralhome.net.

In lieu of flowers, the family hopes to carry on the legacy that Karen established by asking all to remember to donate life by becoming an organ donor and by donating blood if able. Also special donations can be made in Karen’s name to the Cystic Fibrosis Foundation at ‪www.cff.org‬ or by contacting Cystic Fibrosis Foundation, ‪4550 Montgomery Ave. Suite 1100, N‬ Bethesda, MD 20814.