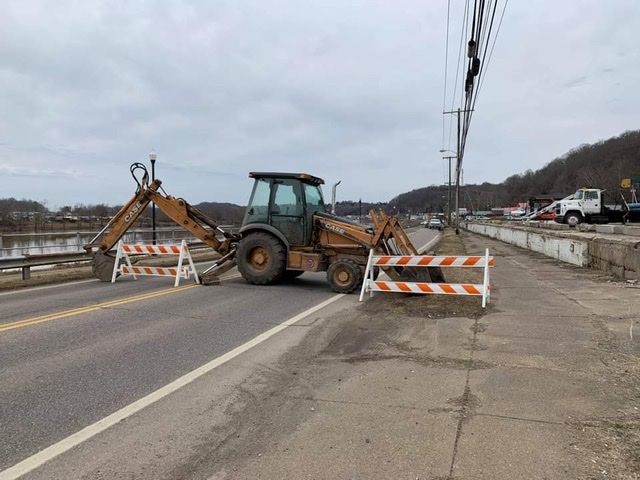 POMEROY, Ohio – After an ordeal that began around 9 p.m. on Feb. 25, crews with the Pomeroy Water Department have nearly completed repairs to restore service.

According to Chuck Blake, Pomeroy Code Enforcement Officer, they have begun a soft recharge of the system. “We are almost at the end of it,” Blake said of the situation.

He said they must flush lines as they go and are watching for any other issues that could arise from having such a main break. Blake said that a 27 foot long 12 inch pipe was replaced. He said the section of pipe that had failed was about 20 years old.

The section that failed was in front of the former Midwest Steel location. East Main Street remains closed there until the hole can be filled. Crews were awaiting delivery of that fill at time of publishing.

Blake said several teams were working on hydrants to flush the system. Until further notice, Village of Pomeroy water customers were on a boil water advisory. He said information would be forthcoming on guidelines for those that have concerns about lead pipes in their homes. He urged customers to follow the village’s official Facebook page for information and updates along with the MIP. Customers are asked to not call into the water office for information about restoration of service. Blake said he appreciated everyone’s patience with the situation.

“People have been great,” Blake said, “We do appreciate the Village of Pomeroy water customers.”