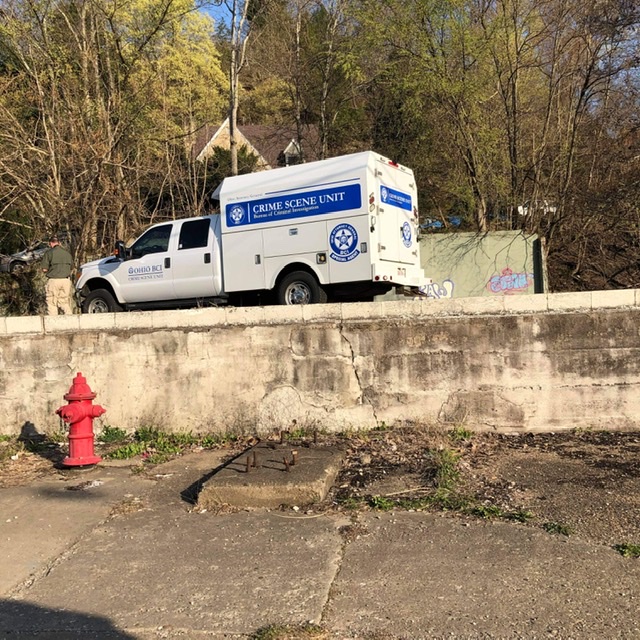 Roush, 25, of Pomeroy, was found with multiple gun shot wounds early Sunday morning about 5 a.m. on Legion Terrace Road near his home. He had been attempting to crawl to a neighbors house for help. Roush was still alive when officers and Meigs EMS came to his aid. According to Sheriff Keith Wood, Roush was able to talk to deputies. Unfortunately, Roush succumbed to his injuries about an hour later at Holzer Meigs Emergency Department. The communication with deputies now has become crucial in the investigation of Roush’s death.

At this time, law enforcement is looking for community support with part of the investigation. Sheriff Wood told the Meigs Independent Press that his office is looking for any security camera footage that may have captured a vehicle during the hours of 4 a.m. to 5:30 a.m. on April 4. Specifically, Sheriff Wood said they are looking for any footage or images from the areas around the former Wild Horse restaurant, through Pomeroy to the Bridge of Honor. They are also looking for video or images from Mason, West Virginia to New Haven, West Virginia. Sheriff Wood did not release the type of vehicle exactly they were looking for, but law enforcement has something specific they would like to have footage on. “Some home security cameras may be turned to where the road may be in view,” Sheriff Wood said.

Anyone with such footage or images should contact their respective law enforcement agency or they can contact the Meigs County Sheriff’s Office at 740-992-3371.

Sheriff Wood said the Pomeroy Police Department, West Virginia State Police, Mason Police Department and New Haven have been helping with the investigation. Ohio BCI has also been involved. Law enforcement officials have been working around the clock since the shooting.

“Our thoughts and prayers are with the family of Kane Roush,” Sheriff Wood said, “This is a terrible situation. We are continuing to work this case with all the resources we can.”

Following the release of Roush’s identification as the victim, communities on both sides of the Ohio River were expressing disbelief, grief and condolences for his loss.

Roush was part of the Wahama High School White Falcon 2012 Class A State Championship team. He was also named MVP of that game in Wheeling, West Virginia. He graduated from Wahama in 2014. Additionally, Roush played several years on the football team at the University of Charleston when he attended there before earning Bachelor’s Degree in Business Marketing.