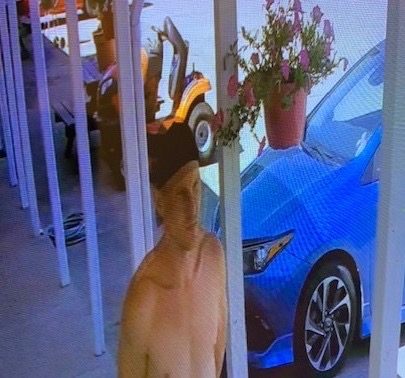 Michigan man in custody, charged with arson at Meigs Motel

POMEROY, Ohio – One man is in custody after reportedly setting a fire at the Meigs Motel.

According to Meigs County Sheriff Keith Wood, on Thursday, June 17, 2021 Deputies with his office responded to the Meigs Motel at 34100 Laurel Woods Road after the Pomeroy Fire Department was dispatched to a possible fire inside of a motel room. Deputies arrived on scene and spoke with members of the Pomeroy Fire Department and Meigs Motel staff and discovered that a fire had broke out in one of the motel rooms causing severe fire damage. The subject staying in the room was identified as Chad Miller-Wiemuth, 29, of Michigan. Deputies were informed that Miller-Wiemuth had fled the scene on foot prior to their arrival. Further information was received regarding the fire and the scene was being treated as an arson at that time.

Deputies searched the area and the woods surrounding the motel and initially were unable to locate Miller-Wiemuth. Deputies returned to the motel to finish processing the scene. Photographs were taken and video surveillance footage was received of the suspect fleeing the area. Deputies continued searching the area when a passerby flagged down a deputy stating that a male wearing black shorts and no shirt had just come out of the woods near Mark Porter’s. This was the exact description of the suspects clothing in the surveillance videofootage. Deputies proceeded down Laurel Woods Road and came across a subject fitting the clothing description and due to prior dealings with him, knew him to be Chad Miller-Wiemuth. Wiemuth initially gave a false name and false information to deputies regarding his identity before being truthful about who he was.

According to Sheriff Wood, Miller-Wiemuth admitted to deputies that he had intentionally set the fire inside of the motel room and was placed under arrest for one count of Aggravated Arson, a felony of the first degree. Miller-Wiemuth was transported to the Middleport Jail where he remains incarcerated. The Meigs County Sheriff’s Office, The Pomeroy Fire Department and the Ohio State Fire Marshal’s Office are currently investigating the case. All suspects are considered innocent until proven guilty in a court of law.