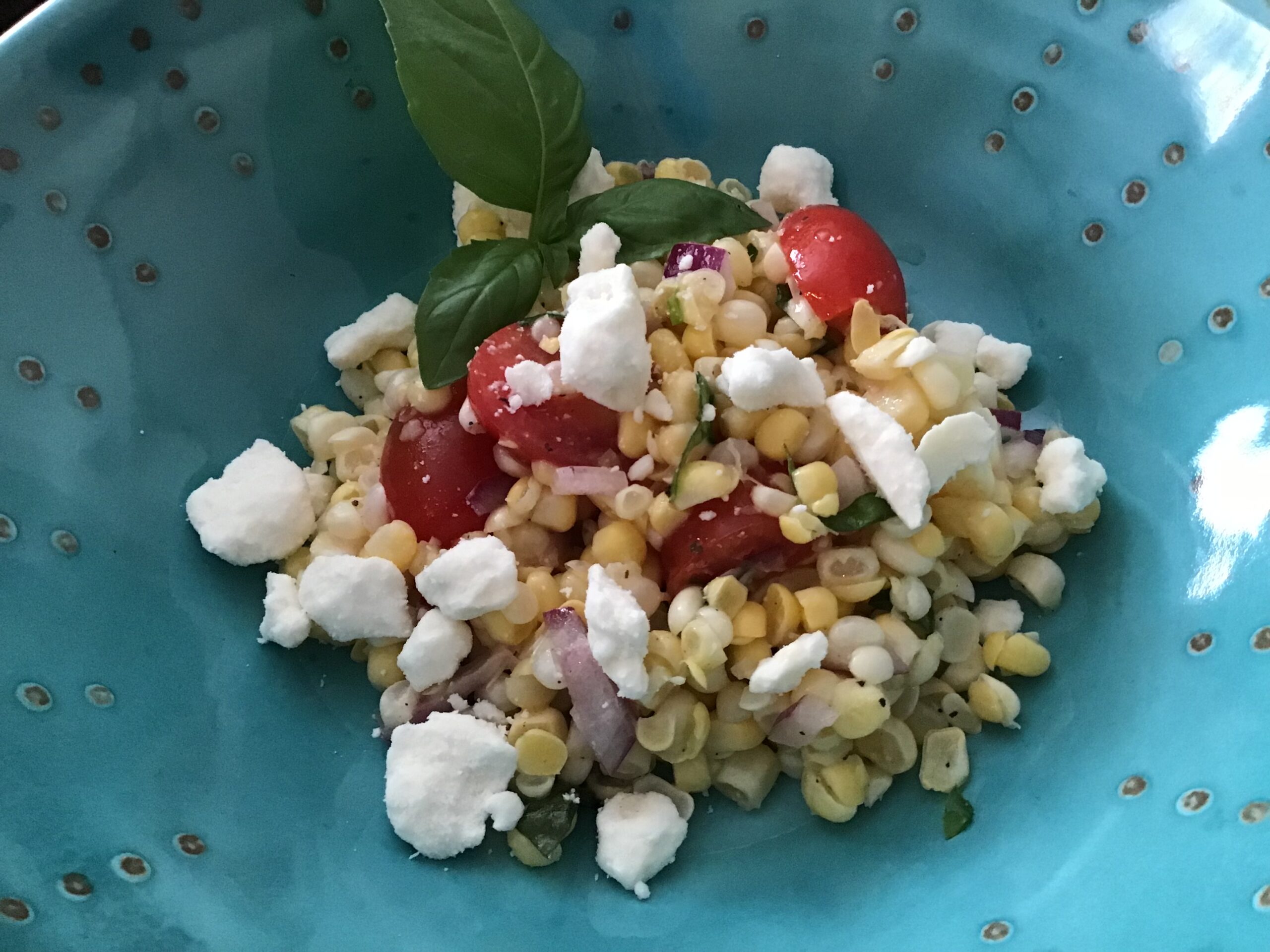 This week fresh picked corn appeared at my local open air market. Happy days! This is a sure sign of summer. A nice sweet yellow corn is being sold.

Corn is also called Indian corn or maize. It was first domesticated by native people in Mexico thousands  of years ago. It was not the corn we know today, the ears were much smaller. Over time with improved domestication and modification it has become what we know today.

Native Americans taught European colonists to grow the indigenous grain. Corn was sent back to Europe by various explorers and spread around the world, cultivated wherever it was suitable to do so.

Corn is used for human consumption as well as feed for animals, biofuel, and as raw material for industry. There are many kinds of corn. The most common types are flint, dent, sweet and popcorn.
Flint corn, known as Indian corn, has a hard outer shell and kernels. Colors range from red to white.
Dent corn, often called field corn, is used for livestock feed. It is also used when making industrial products. Sweet corn is often eaten on the cob, or it can be frozen or canned. Because of the high sugar content this type of corn is called “sweet”. Popcorn, a type of flint corn, has a soft center that is covered by a hard shell. When heat is applied to these kernels the moisture inside turns to steam, pressure builds and the kernels explode. Add some butter, salt or flavorings and you have the tasty treat we all love.

There are thousands of different corn varieties available today. With different colors, flavor and culinary uses. Locally we see the yellow, white, and bi-color available for consumption. The multicolored corn for Fall decorating is also available.

Some of the names of varieties many of you know include Ambrosia hybrid, Blue Hopi, Golden Bantam, Honey Select hybrid, Jubilee hybrid, Nirvana hybrid, Peaches and Cream, Picasso hybrid, Ruby Queen , Silver Queen, and Stowells Evergreen. I remember my late father-in-law growing Silver Queen. This is my favorite. The flavor of this corn, freshly picked and prepared, is a true gastronomic treat. We so looked forward to this every summer.

Home canning and freezing corn are well known methods of preservation to local people as well as others across the country. I remember freezing corn on the cob. In winter we would enjoy the fruits of our labor with relish. Freezing corn off the cob was an easier method of preservation than canning it. At least I thought so. We used it in soups, stews, fried and boiled. Just getting the kernels off the cob was labor intensive.

Methods of cooking corn include microwaving, boiling, steaming, pressure cooking, grilling and roasting. Corn may even be eaten without cooking as todays recipe reveals.

This is an easy salad to prepare with fresh or frozen corn. Full of flavor and color it goes to the table fairly quickly.

Prepare all ingredients and add to bowl, toss to combine. Season with salt and pepper. May be made a day ahead. Add feta cheese just before serving.
Enjoy!

Hints:
– It took a dozen ears of corn to get the 4 cups. Some of the ears were small.
– To prepare basil. Stack the leaves on top of each other. Roll like a cigar, slice thinly. You have your strips.
– Use a large bowl to cut the kernels from the corn. It tends to fly around a bit.
– Substituted grape tomatoes as the were already on hand.

Hoping you have a blessed and safe 4th of July!