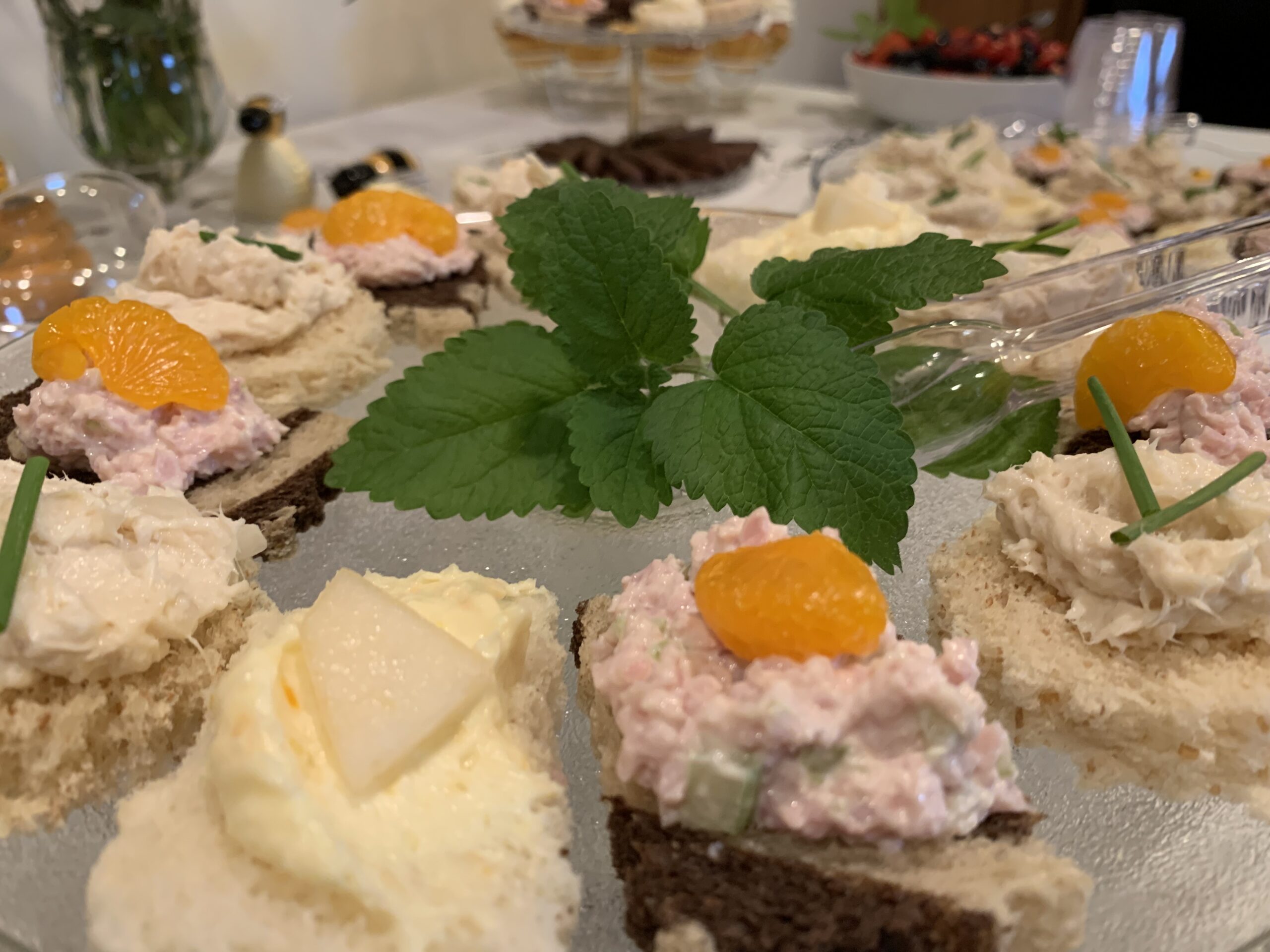 Last weekend was a period of contrasts in the pathway of life. On the one hand I attended the funeral of a sweet and wonderful cousin, from West Virginia, taken from us too early in life from cancer. It is heart breaking to see this. Prayers for the family.

On the other end of the other of the spectrum I attended and helped with a bridal shower for a young lady beginning her life of adventure and love. The theme was based on bees and an old fashioned tea with a few variations.

A little about teas…. Legend has it that tea was discovered by Shen Nong by chance. He is considered the father of agriculture and traditional medicine in China and lived 2,737 years ago. The story goes he was out cataloging plants and decided to take a rest. He boiled his water so as to purify it and advised others to do so. This day he awoke and was thirsty. Leaves from a tree fell into the water he was boiling, giving it a slight color. Curious, Shen Nong tasted the beverage and found it to be good, with a slight bitter taste. The rest is history as the saying goes.

From earliest time, tea has been recognized for its purifying and fortifying qualities. Before becoming known as “cha” in the eighth century, in ancient times it had been called “tu” (bitter,edible plant) or “ming”, which means bud. It was observed that buds were the best part of the plant.

We could discuss tea for hours. Picking, processing, blends, pairings with food and tea service ware. Many books have been written about tea and all its elements. There are tea masters around the world, trained professionals who have expertise in all aspects of tea. They know how to identify different types of tea, taste and brewing using the proper techniques, and have an understanding of tea and food pairing.

Afternoon tea in the more modern era began sometime around 1840 with the English Duchess of Bedford, Anna Maria Russell. The evening meal was held later in the day, as late as 9 p.m. with lunch much earlier. A gap existed in the afternoon when, as the Duchess described, she had a “sinking” feeling around 5 p.m. She asked for tea, bread and butter, and cake. With little prompting the upper class began the tradition. It has continued since.

Some of the basic rules of a tea include using fresh flowers, your best service ware, a cloth or lace table covering and greeting your guests as they arrive. Tea can be two people or more. The menu can include tea sandwiches or savories, scones or similar, sweets and hot tea. For this particular bridal shower the old met some new. The basics of a cloth table covering, best serving plates and flowers applied. The variation included some plastic ware, paper plates and napkins. The tea was cold not hot.

To begin the festivities:

The menu for this particular party:

A few of the recipes include:
Ham and orange tea sandwiches- you need one loaf rye and pumpernickel bread. 2 cups ground cooked ham, 1/2 cup finely chopped celery, 6 tablespoons mayonnaise (do not use salad dressing), mandarin orange sections- either canned, very well drained, or fresh mandarin orange sections with the white pith removed. Need about 30 pieces. Mix the ingredients together except the orange and refrigerate till ready to use. Garnish the sandwiches with the piece of orange, parsley, or pieces of chive.

Chocolate dipped cherries – one jar of maraschino cherries with stems, about 24 per jar( some of the stems may have fallen off),semi sweet chocolate chips 16 ounces or 12 ounces of milk chocolate candy wafers melted over a double boiler or in a microwave (we used the 12 ounce milk chocolate and it was more than enough). Dip the cherries in the melted chocolate, place on waxed paper to cool. Store in air tight container till ready to serve. Do not refrigerate.

Honey cream cheese tea sandwich- 1/2 block of 8 ounce cream cheese softened to room temperature, 2 1/2 tablespoon honey (used clover honey, it is lighter and tastes better than the darker honey), 1 1/2 teaspoon grated orange peel. Mix together, refrigerate till ready to use. Might need to let this sit out 15 minutes before spreading. Test to see. For garnish a piece of fresh mint leaf or a piece of pear soaked in fresh orange juice. (peel a pear,cut into small pieces to fit the sandwich, soak in in orange juice to prevent browning and add flavor, just use the orange juice from the orange used for grating)

Garnishes for your sandwiches can include fresh herbs, fruit, edible flowers, and vegetables. All cut to sizes to fit the breads as well as matching flavors. Decorate the plates with these as well or use non edible flowers. The ideas are endless. Make it your own. Pick from your garden. Have fun.

I hope your parties are enjoyable for you and your guests.