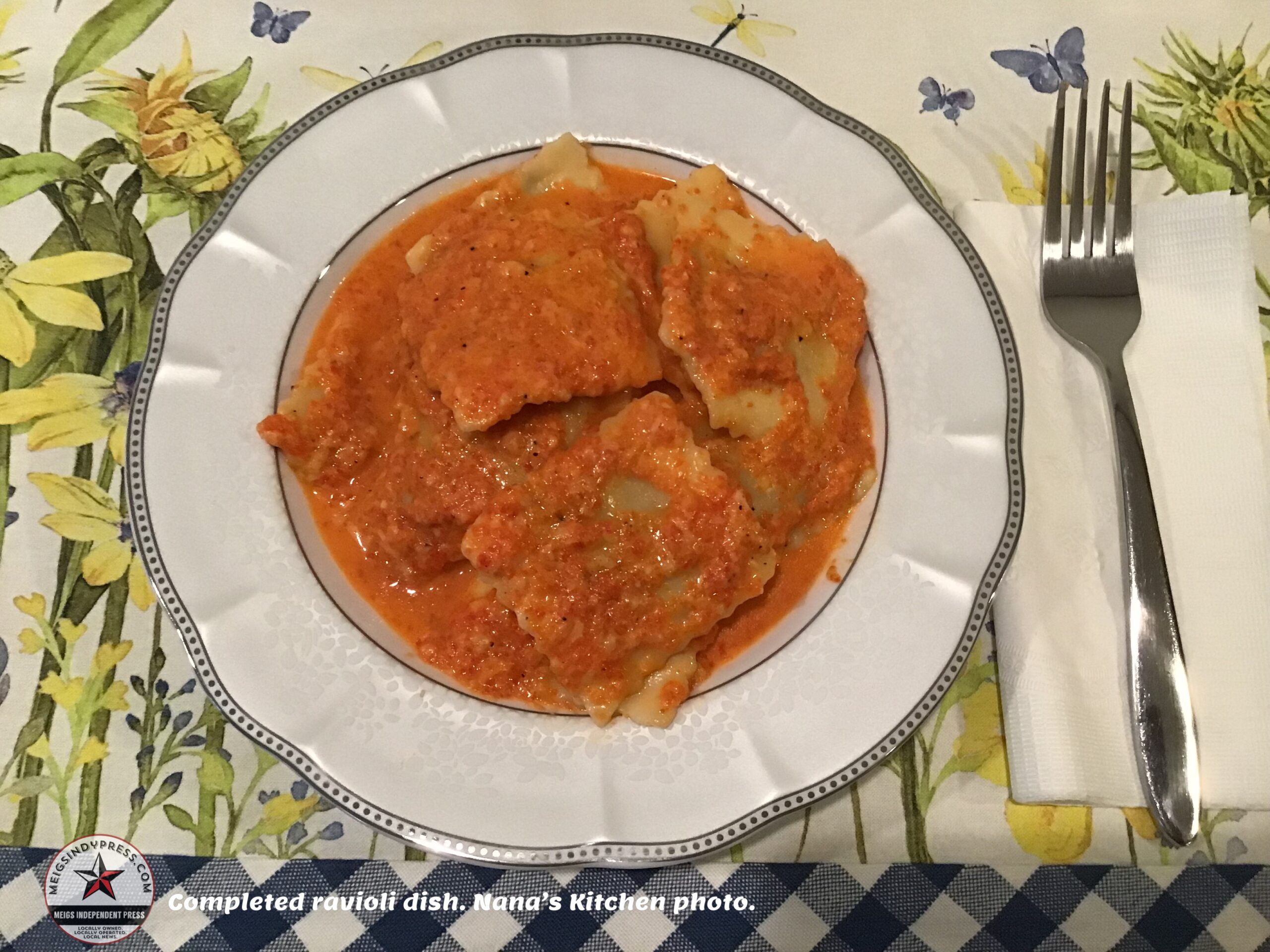 Question: In what time era, in the United States, did Chef Boyardee popularize the concept of canned ravioli? (Answer at end of article)

I am sure if we looked in everyone’s freezer there would be frozen foods to make meal preparation a little easier, especially on busy days. Frozen ravioli is one of those items in mine. Frozen ravioli cooks quickly and pre-made sauces make an easy meal. A little butter, olive oil and garlic or other spices can make an easy dressing. Parmesan or other cheeses add a finishing touch.

Origins of ravioli are are obscure. The making of ravioli is mentioned in 14th century European manuscripts. Classic Italian ravioli is square in shape. It was cooked in broth. The tomato sauces did not come along until the 16th century after tomatoes were brought from the New World.

“RAVIOLI” is derived from an old Italian word – riavvolgere – which means to wrap. Ravioli is a dumpling that is typically stuffed with ricotta, meat, cheese ,or vegetables. The filling sealed between two thin layers of pasta. Usually served with a tomato or cream based sauce. It can be a main dish, appetizer, or served as a side dish. Deep fried ravioli and baked ravioli have become popular.

On to todays culinary adventure! I must admit this recipe did not turnout exactly as I thought it would. Not a total failure. Just a  consistency and appearance issue in my opinion. The flavor was good, though. Adding the cheese to the blender with other ingredients did no t look very pleasant. Did I not blend it long enough? Did I use the wrong cheese? (It was not freshly grated) I poured the sauce in the hot pan while the ravioli was draining. It got kind of stringy. Not that Parmesan cannot be stringy. It did not seem right. Also, I forgot to drain the peppers and the oil from them could have affected the whole thing. I will make this again, draining the peppers well and not adding the cheese in the blender. I will add the Parmesan on top of the dish, instead. Sometimes the simple recipes can get messed up. Not every time in the kitchen is a total success!

Cook ravioli according to package instructions and drain.
In a food processor or blender place drained peppers, cheese, garlic, and half and half.
Blend until smooth.
Add sauce to drained ravioli, toss gently to coat and serve immediately.
Enjoy!

Hints:
All I could find was a 16 ounce jar of peppers.
The sauce does not need to be cooked.