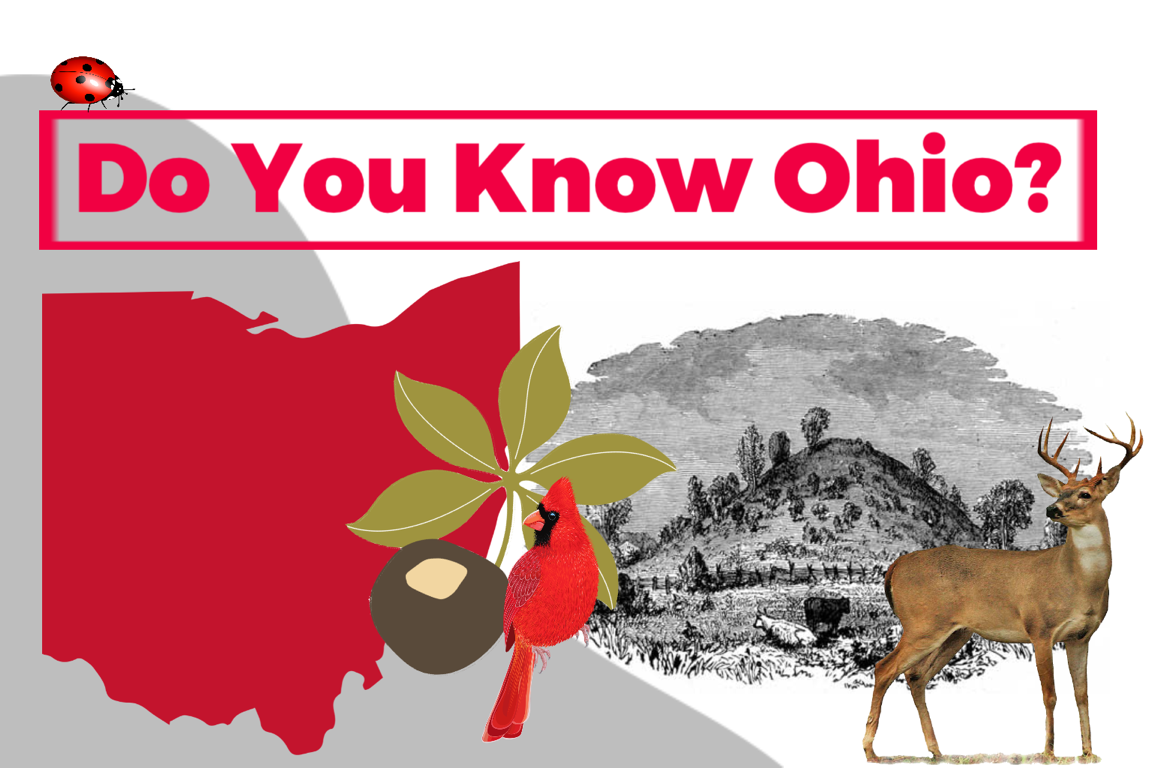 Editor’s Note: Do You Know Ohio is a new weekly feature about history and facts about the State of Ohio, our home. Each week will have brief information about topics related to the state.

Did you know that Ohio’s first settlers were tribes of American Indians? These tribes first arrived during the Paleoindian Peroid 13,000 to 7,000 BC. The tribes grew in size and became more concentrated in smaller areas.

The Adena and Hopewell tribes began altering areas of land in large scale called earthworks, for burial and religious ceremonies. Some of these earthworks still exist today such as Serpent Mound near Sinking Springs, Ohio. Some of these mounds are located in Meigs County such as, Reeves Mound, Alfred, Mound Cemetery Mound, Chester, Buffington Island Mound, Portland, as well as numerous others in Meigs County that are not named. Throughout Meigs County native artifacts have been found through the years. Arrowheads are a common find, particularly along the river and small creek beds.

When Europeans came to America, they had peaceful relations with the Indian tribes, who were living in highly developed communities. As settlers began to settle in the areas that is now Ohio tensions flared most notably during the 1750’s during the French and Indian War, and continued throughout the next 60 years.

The Shawnee Chief Tecumseh attempted to unite the tribes to resist the new settlers, but the struggle ended with his death during the War of 1812. (An outdoor drama depicting his struggle is performed near Chillicothe each year.)

Among the tribes that occupied Ohio were Shawnee, Chippewa, Ojibwa, Delaware, Wyandot, Eel River Indians, Kaskaskia, Iroquois, Miami, Munster, Minho, Ottawa, Piankashaw, Sauk, Potawatomi, Seneca, Wea. The last native tribe was removed in 1843 via the Treaty with the Wyandots (1842) by which the reservation at Upper Sandusky was ceded to the United States, and the Wyandots were relocated to Oklahoma.