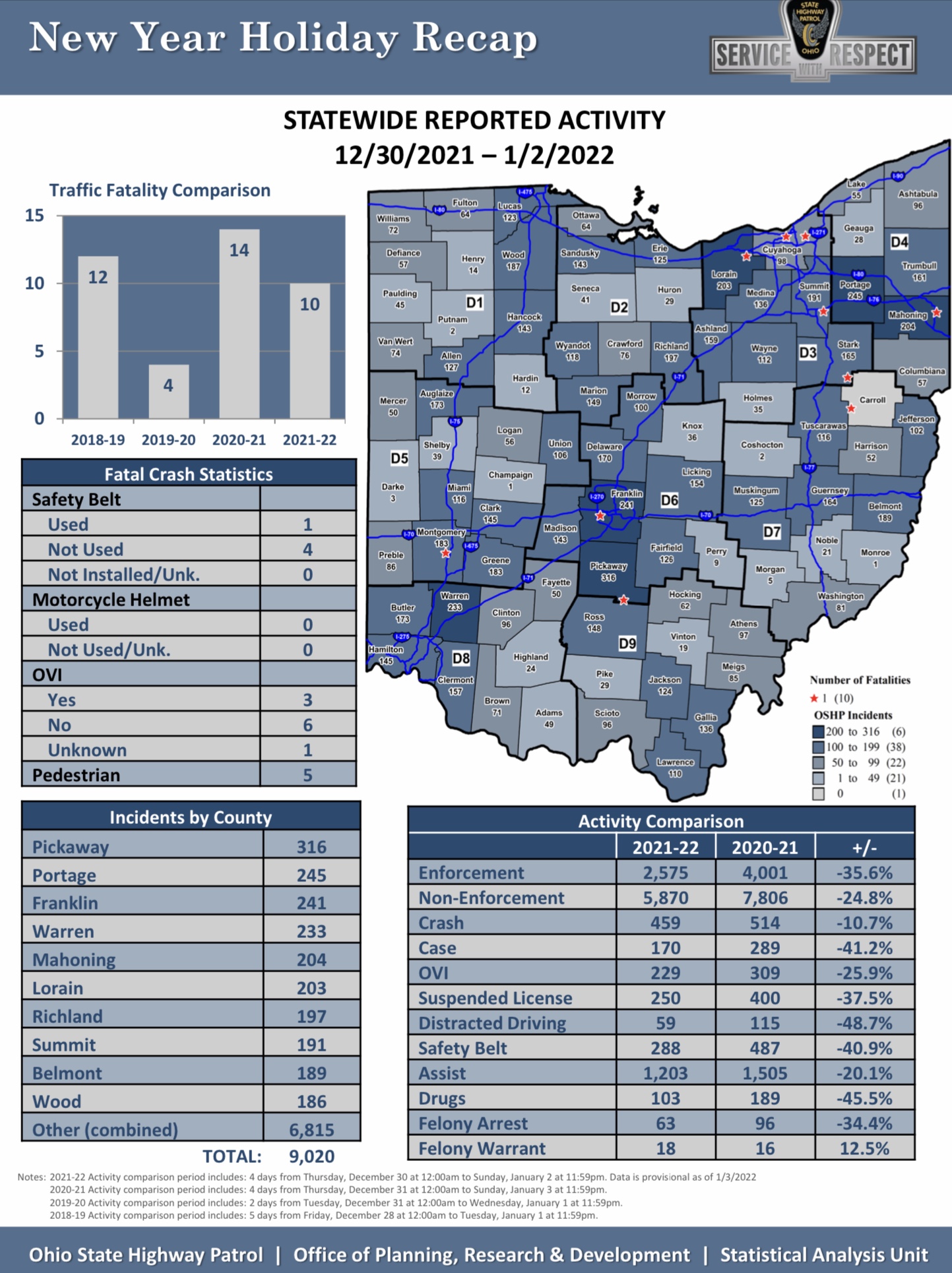 COLUMBUS, Ohio – The Ohio State Highway Patrol is reporting 10 deaths on Ohio’s roadways during the 2021-2022 New Year’s holiday according to provisional statistics. Four fatalities were the result of not wearing a safety belt when available, three were OVI-related and five were pedestrians. The four-day reporting period began at midnight Thursday, December 30, 2021 and ran through 11:59 p.m. on January 2, 2022. This is a decrease from the four-day reporting period last year, when 14 fatalities were reported.