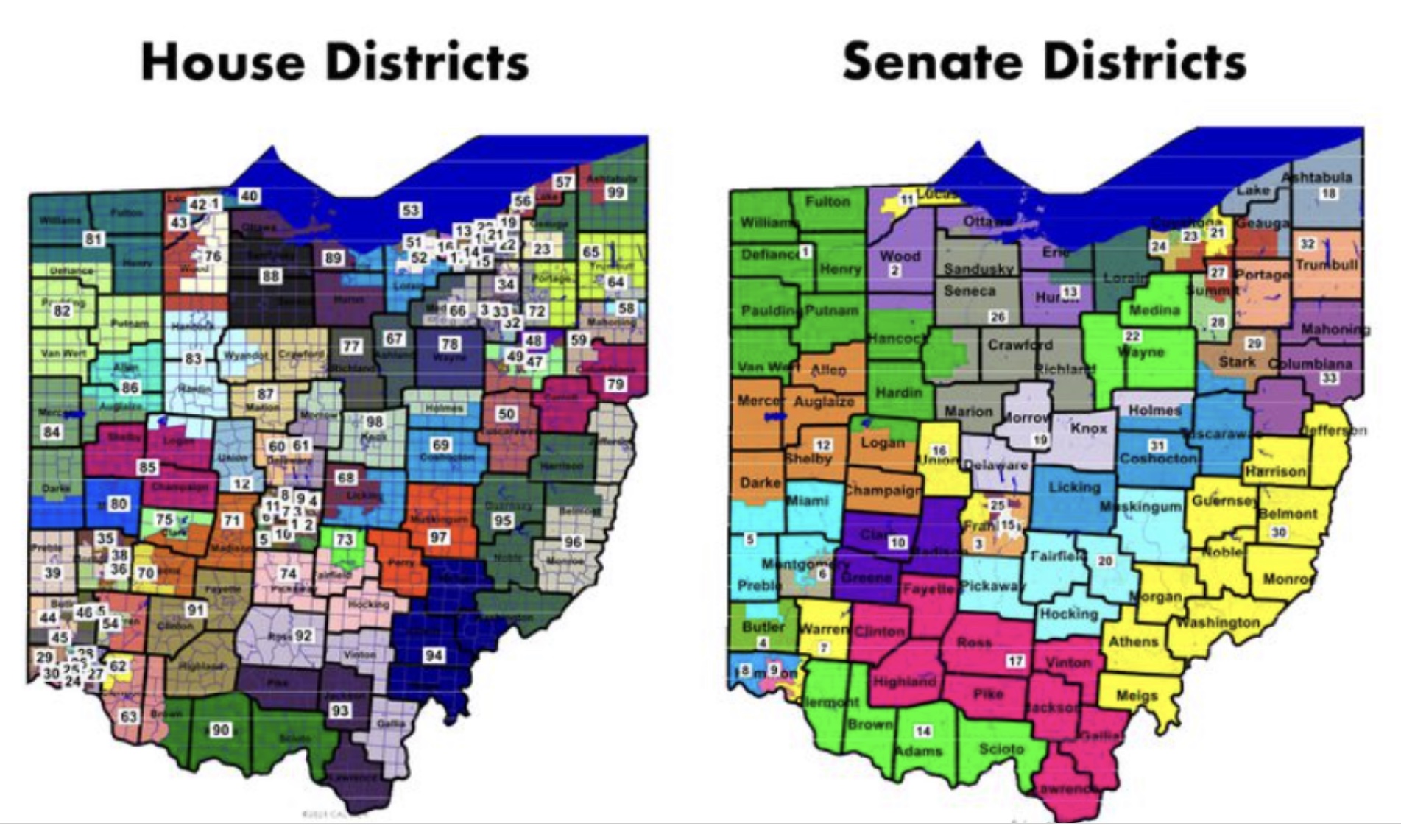 After the state’s first maps were declared unconstitutional, the Ohio Redistricting Commission went back to the drawing board and approved new maps Saturday.

“This is just another example of our legislators putting their own party over people’s interests,” Somosot asserted. “At the end of the day, if we’re going to build a democracy that works for all of us, that means that we need to pick our leaders and not the other way around.”

Gov. Mike DeWine, who sits on the Ohio Redistricting Commission, indicated the revised map is as close to proportional as possible, and argued it conformed to all other provisions required by the constitution. The commission has until noon on Friday to respond to the objections.

“There really is a tilt, a very intentional skew, to put the Democratic seats in a much more precarious position rather than the Republican districts which have been drawn to ensure a level of safety for those members,” Marozzi contended.

“The maps that are ultimately adopted from one state to another in the aggregate has the ability to change the party in power in the U.S. House of Representatives,” Marozzi pointed out. “And people have rightly begun to view redistricting as a linchpin for democracy.”

Alabama, Alaska, Florida, Michigan and Texas are among the states where there are also legal challenges over newly drawn districts.