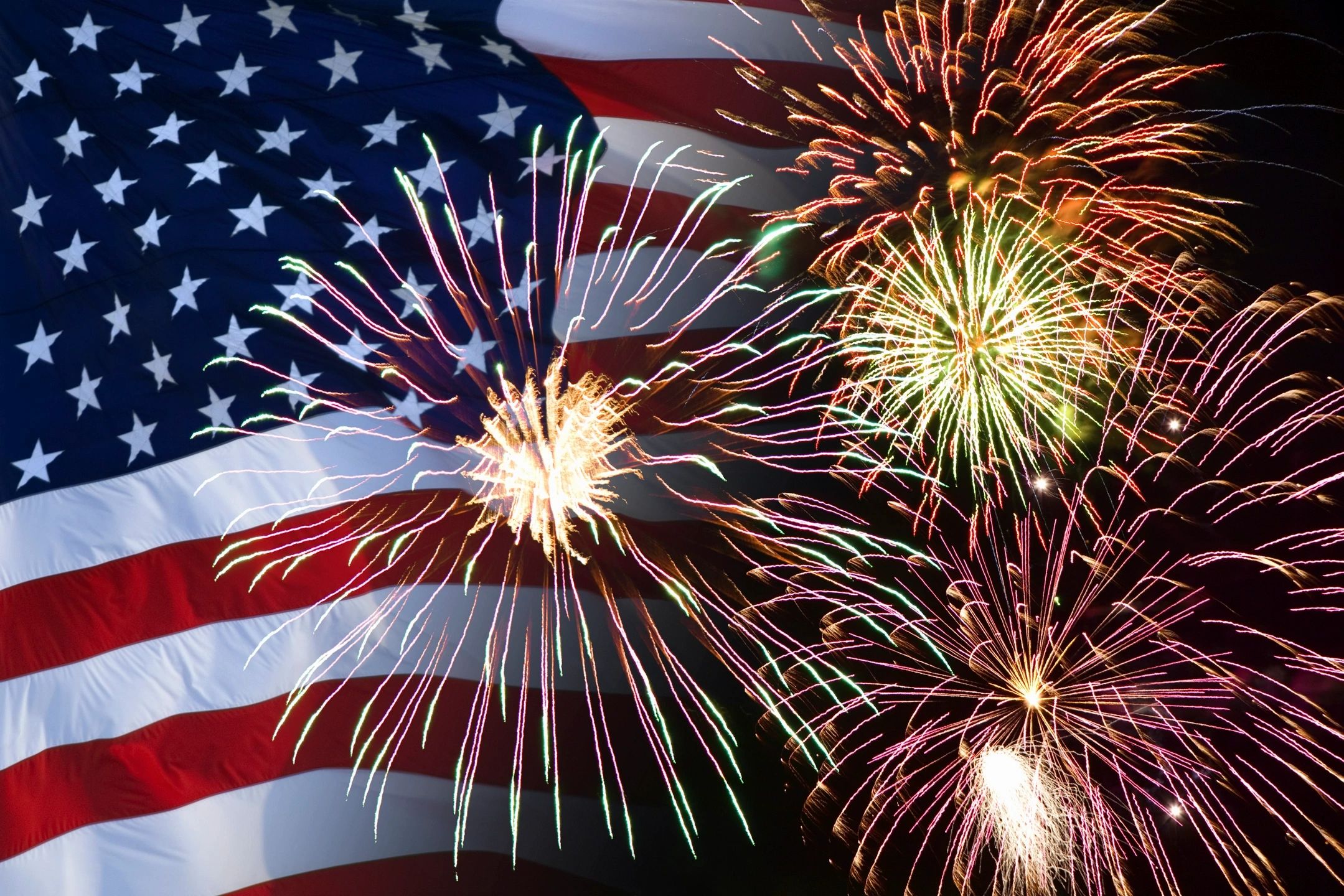 On July 2, 1776 the Continental Congress voted in favor of independence, and two days later the delegates from the 13 colonies adopted the historic document penned by Thomas Jefferson, the Declaration of Independence. Since 1776  the Fourth of July has been celebrated as the birthday of the United States of America, with festivities ranging from parades, fireworks, concerts, barbecues, family gatherings.

The birth of the United States started in 1775 when the initial battles of the Revolutionary War broke out. By April 1775, few colonists desired complete independence from Great Britain, and the ones that did were considered radical. By the middle of the following year, due to the sentiments expressed in the pamphlet “Common Sense” published by Thomas Paine in 1776, the fight for independence from Great Britain was gaining support.

In the years prior to the Revolution, the colonists had held celebrations of the king’s birthday. These celebrations usually included ringing of bells, bonfires, processions and speeches. However, during the summer of 1776 some colonists celebrated independence by holding mock funerals for King George III to symbolize the end of the monarchy’s hold on America.

After the Revolutionary War, Americans continued to commemorate Independence Day every year in celebrations that allowed the new nation’s emerging political leaders to address the citizens and create the feeling of unity. Massachusetts was the first state to make July 4 a state holiday, but Philadelphia, Pennsylvania started the tradition of setting off fireworks to celebrate Independence Day. Ships also fired a 13 gun salute in honor of the 13 colonies. Through the years the political importance of the holiday would decline but, Independence Day remained an important national holiday and symbol of patriotism. Falling mid-summer the holiday has become a major focus of leisure activities and family get togethers, barbecues, parades, and fireworks.

Here in Meigs County many communities that hold annual festivities, Racine, Rutland, Middleport, all have parades, barbecue’s and fireworks hosted by the volunteer fire departments. This year there are new festivities going on in Pomeroy and Syracuse, so there will be something somewhere for everyone.

The Meigs Independent Press would ask that you support your communities by attending activities. Perhaps find one of the volunteers that give their time away from their families so you can spend time with yours, and thank them, or give them a donation. Have a safe and fun holiday weekend.