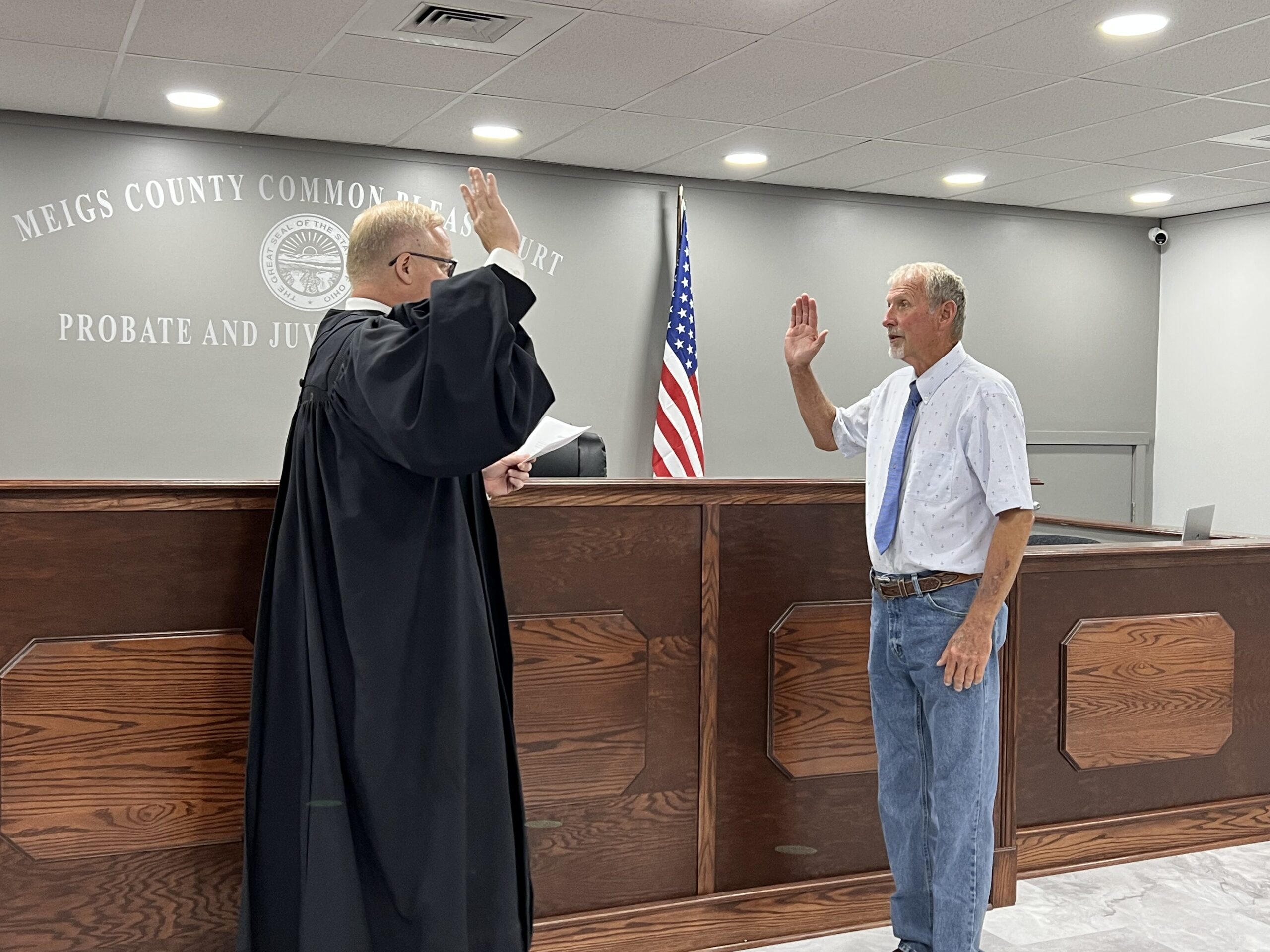 POMEROY, Ohio – Meigs County has a new Treasurer following the swearing in ceremony for Tim Ihle at the Meigs County Court of Common Pleas Juvenile and Probate Courtroom on July 14, 2022.

Judge Scott Powell administered the oath of office for Ihle with his wife, Jane, along with various officials and courthouse workers looking on. Earlier in the day, Ihle attended his last Meigs County Board of Commissioners meeting as a commissioner. At the end of the regularly scheduled meeting, he resigned officially.

Ihle was a chosen by the Meigs County Republican Central Committee to become the Meigs County Treasurer following the passing of Peggy Yost. After waiting for the proper paperwork to come from the state, Ihle was able to officially take office.

“I’ve enjoyed it. I’ve enjoyed the people I have worked with,” Ihle said after turning in his official letter of resignation. He said he was eager to continue working for the county in this new office. Through the years Ihle has worked with all the county offices in one way or another as a commissioner.

Following the official oath and signing the appropriate paperwork, Ihle announced that as his first decision as Meigs County Treasurer he was retaining all of the staff. He then asked Tonya Griffin to serve as deputy treasurer for the county. She was then sworn in by Judge Powell as well. Griffin had served as treasurer pro tem in the interim between Yost’s passing and Ihle being appointed to the position.

Ihle said he intends to hit the ground running in the new position. His first full day is July 15 and will mainly be filled with doing various paperwork. He said one of the first things will be to change over various documentation such as bank signature cards. Ihle said he is looking forward to the day-to-day operations of the office including helping with point of sale and handling the “everyday grunt work” associated with the office.

Ihle will be on the ballot in the general election in November for the remainder of Yost’s term.