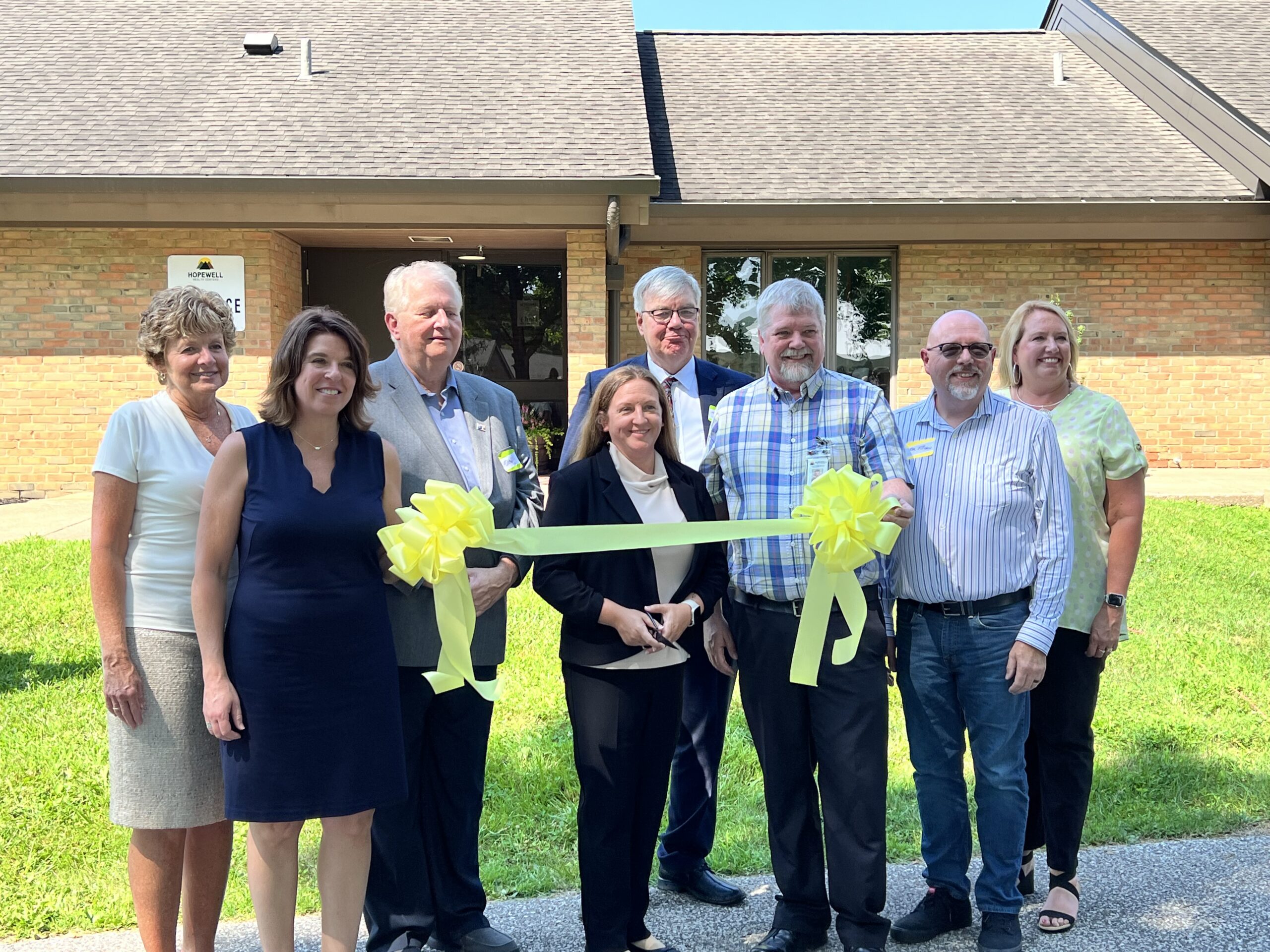 GALLIPOLIS, Ohio – Imagine being a youth during a mental health crisis and waiting for a bed in a facility for more than 72 hours at an emergency department. That has been the reality for many youth in communities in Meigs, Gallia and Jackson as they find needed treatment is not close to home, but hours away. With the opening of a new youth mental health crisis center, treatment will now be closer to home.

The Gallia-Jackson-Meigs ADAMH Board has partnered with Hopewell Health Centers and the Gallia County Board of Commissioners on the project which will be utilizing a portion of the former Gallipolis Developmental Center grounds. Youth in mental health crisis will have a local option for treatment once the facility becomes operational in a month or so. The facility is basically ready, staff will now be hired and trained.

Meigs County resident, Robin Harris, Executive Director of the Gallia-Jackson-Meigs ADAMH Board was a driving force behind the project and has worked for years along with others to see this facility become a reality. Seeing the need for rapid crisis intervention, evaluation and stabilization services in the region, the facility should serve as an option instead of youth always visiting a hospital emergency department or traveling long distances for unnecessary psychiatric hospitalization. Through collaboration of many agencies, “We are able to fulfill a dream many of us have had through the years,” Harris said.

A community-based, culturally appropriate option for Appalachian youth and families, has been made possible through multiple agencies in addition to entities previously mentioned funding has also been made possible with the Ohio Mental Health and Addiction Services (OhioMHAS), and a grant from the Governor’s Office of Appalachia/Appalachian Regional Commission. Facilities such as this for youth in crisis are hard to come by throughout the state. This new facility will be serving youth in Meigs, Gallia or Jackson counties.

The facility will have a total of 16 beds once it is fully operational with a male wing and a female wing. There are community areas for watching television, playing games, puzzles or work on journaling. There is an area for family sessions. The area is a space where youth can meet with their family and have family counseling away from the rest of the unit.

Among those attending and briefly speaking at the ribbon cutting ceremony were Juli Stephens, representative for Congressman Bill Johnson. Stephens read a portion of the proclamation from Congressman Johnson.

“We know this is going to be fantastic for not only Gallia County, but the whole region,” Stephens said. Juli Stephens is also the spouse of State Representative Jason Stephens and expressed her spouse’s well wishes on the ribbon cutting and the facility.

In addition to others, Harris thanked those state elected officials that have been help to the Gallia-Jackson-Meigs ADAMH Board such as Representative Stephens, Senator Bob Peterson, Senator Frank Hoagland and Representative Jay Edwards. “Their doors are alway open,” Harris said.

Lori Criss, director of the Ohio Mental Health and Addiction Services, stated she was excited to be part of leadership in the state that expects action. “It is great to partner with you to bring healing close to home,” she said.