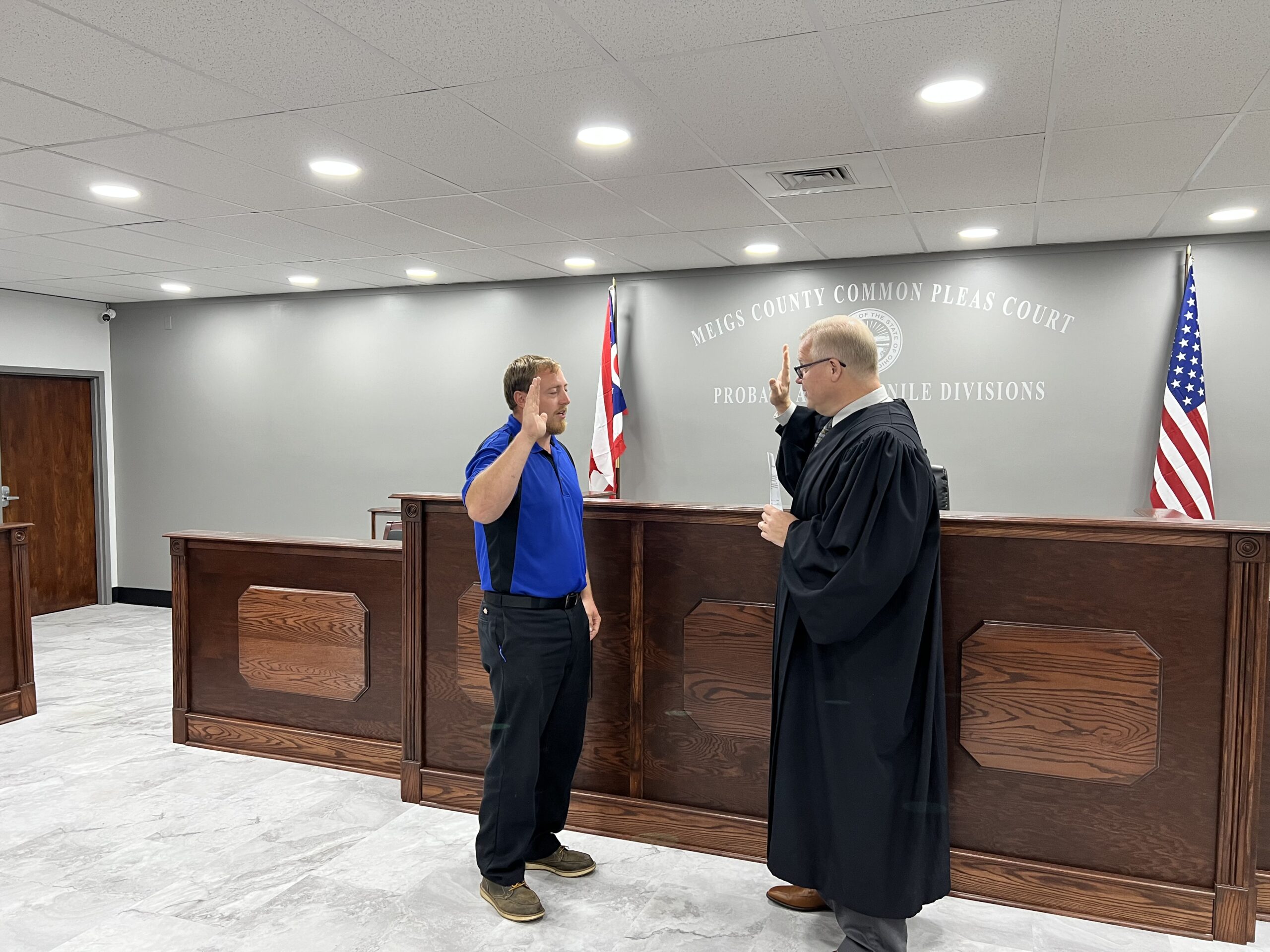 Manuel was sworn in by Judge Scott Powell at the Meigs County Court of Common Pleas Probate and Juvenile Court. Manuel was accompanied by his wife, Katie for the brief ceremony.

“Congratulations to Mr. Manuel. We are very busy office and Zach is eager to get to work,” stated Will of his new colleague.

Manuel has served nine years on the Letart Township Board of Trustees. He holds two four-year degrees from the University of Rio Grande and an associate in mathematics from the university as well.