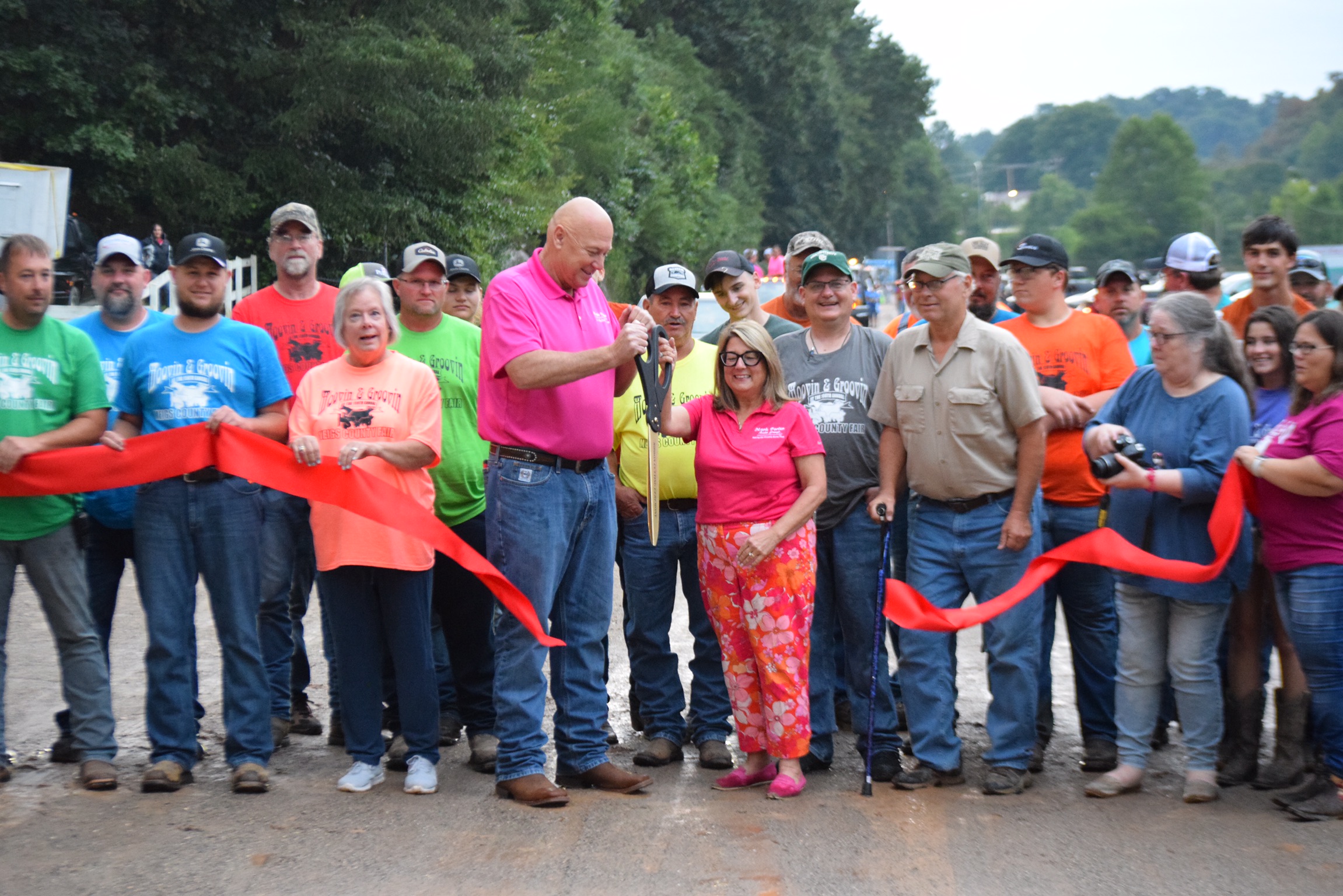 ROCKSPRINGS, Ohio – The rain did not dampen spirits of participants of the 159th Meigs County Fair opening ceremonies and Junior Fair parade.

The parade and ceremony was delayed shortly due to lightning, but continued despite drizzle and further showers throughout the event.

Jordan Pickens served as the master of ceremonies for the event. Pickens announced the floats, and moved the event along.

This year the fair is dedicated to George and Janette Thompson also known as ”Mr. and Mrs. Soundman”. George Thompson has worked for years with the sound for all the events throughout the fair since the mid to late nineties. Janette Thompson is always present with her camera taking pictures throughout the fair too. From the official Meigs County Fair premium book, ”Although providing sound at the fair is their job, George and Jannette enjoy seeing all the youth and their accomplishments. Jannette can often be found ringside with a camera in hand capturing all those special photos we see on her Facebook page, ’My Corner of Ohio.’”

The couple was then presented with a custom plate and they participated along with Sponsor of the Day Mark Porter Auto Group represented by Mark and Teresa Porter in cutting the ribbon to officially open the fair. Dodger Vaughan gave the invocation. The Junior Fair parade followed.

Scenes from the Meigs County Fair opening ceremony and parade, all photos by Carrie Rose.