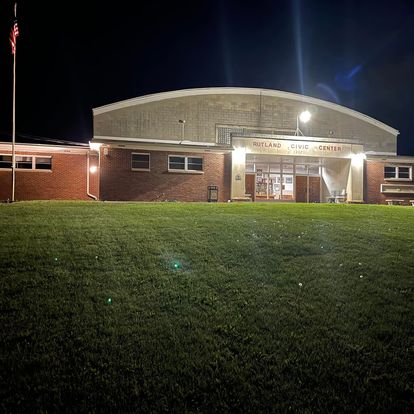 RUTLAND, Ohio — Mayor Tyler M. Eblin and the Rutland Village Council are pleased to announce, for the first time in six years, a positive balance in the Village of Rutland’s general fund.

During its most recent meeting, the Rutland Village Council voted unanimously to pass a Village Ordinance authorizing and directing the Village Fiscal Officer to transfer $29,645.40 from the unencumbered Village’s ARPA fund under the standard allowance election, restoring the general fund to a positive balance.

Additional measures undertaken by the Village to eliminate the negative balance in the general fund include:

The Village has saved more than $36,000 in taxpayer dollars during fiscal year 2022 in an effort to correct the budget deficit. The general fund’s negative balance was more than $65,000 in January of 2022.

“The elimination of the negative balance in our Village’s general fund is a huge step in the right direction,” comments Mayor Eblin. “Credit is owed to the Village Council for their support in the administration’s recommendations; to our police personnel for generously volunteering their service to the Village, saving thousands of dollars in payroll expenses; and to our Finance Department for their guidance.”

“Most importantly,” comments Mayor Eblin, “We owe our gratitude to the valued residents of the Village for their continued patience, understanding and support as we strive each day to better our community.”

Mayor Eblin explains that work remains. “The Village needs to work toward a goal of restoring a positive balance of $60,000 or more in the general fund. It will take another fiscal year to reach this goal and a 1% Village income tax will greatly help us close the gaps in our Village budget.”

“Once we are released from fiscal emergency status, we can begin to really fix, improve and grow our Village,” comments Mayor Eblin. ”It takes money and time and most of all—money. With the past debt resolved, all financial resources can be fully dedicated to the services and improvements of the community.”

Mayor Eblin reminds residents that the Village general fund balance will fluctuate based on future expenditures, but is confident that the positive balance will continue to increase so long as the Village maintains expenses at or below the generated revenue.