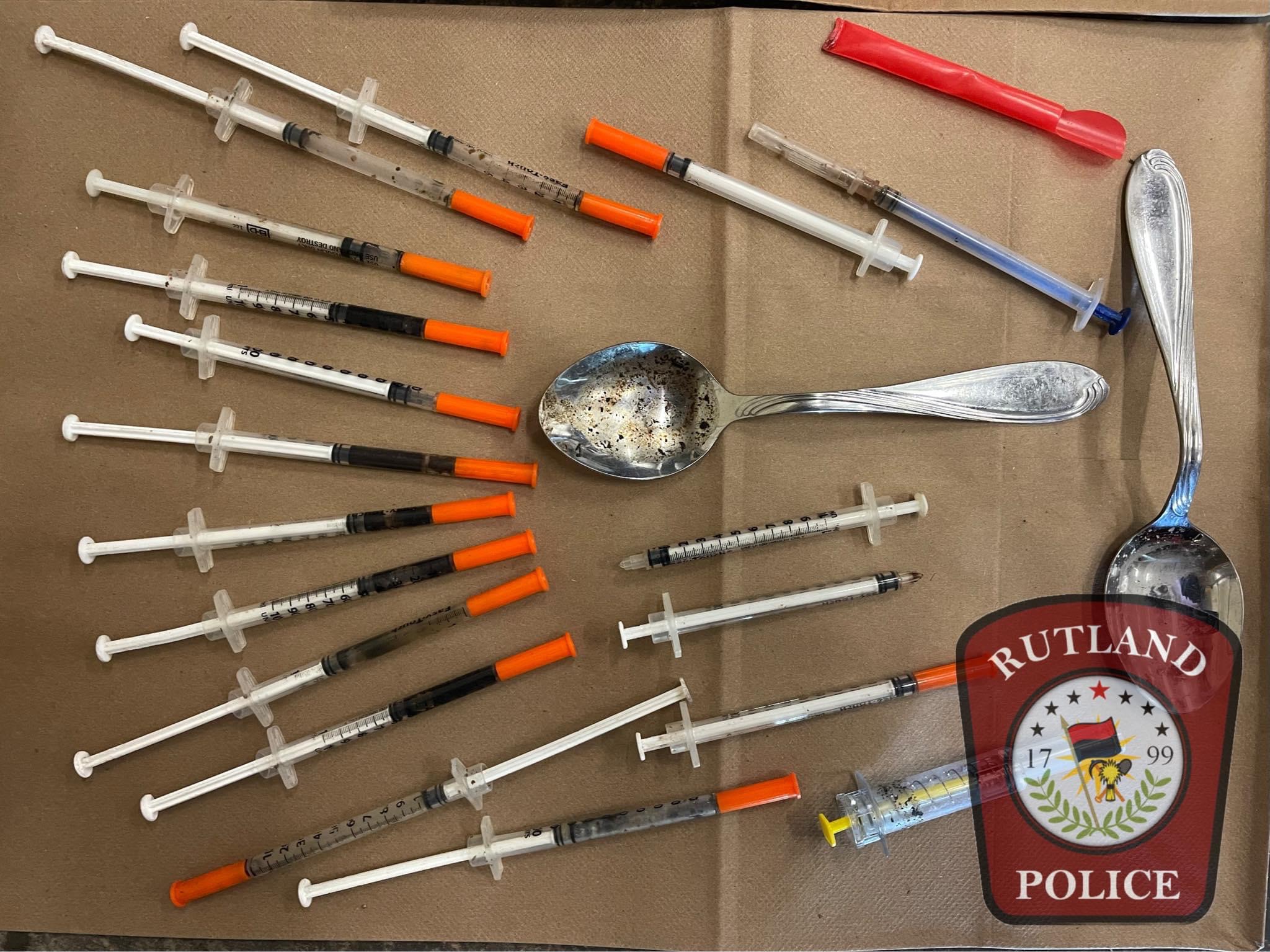 According to the Village of Rutland Police Department, on October 12, 2022 at 8:45 p.m., an officer observed a vehicle leaving Family Dollar with an inoperable license plate light.

From Main Street, the driver of the vehicle turned onto Brick Street and disengaged the vehicle’s lights while parked in a private drive. Once police passed the vehicle, the vehicle was driven back to and parked at Family Dollar, where a traffic stop was initiated.

The driver, Sarah Thomas of Athens County, was found to be operating the motor vehicle with a suspended driver license. Further investigation yielded fictitious plates upon the vehicle.

Thomas was charged with driving under suspension and fictitious plates and was released from the scene.

A local towing company was contacted for impound of the vehicle. According to police, “Upon inventory, it was discovered a large quantity of drug paraphernalia, 12 syringes loaded with suspected heroin, among other items.”

Evidence will be sent to the laboratory at Ohio Bureau of Criminal Investigation to confirm the substance found in the syringes.

If heroin is confirmed by the Ohio BCI, indictment will be sought for possession of drugs.