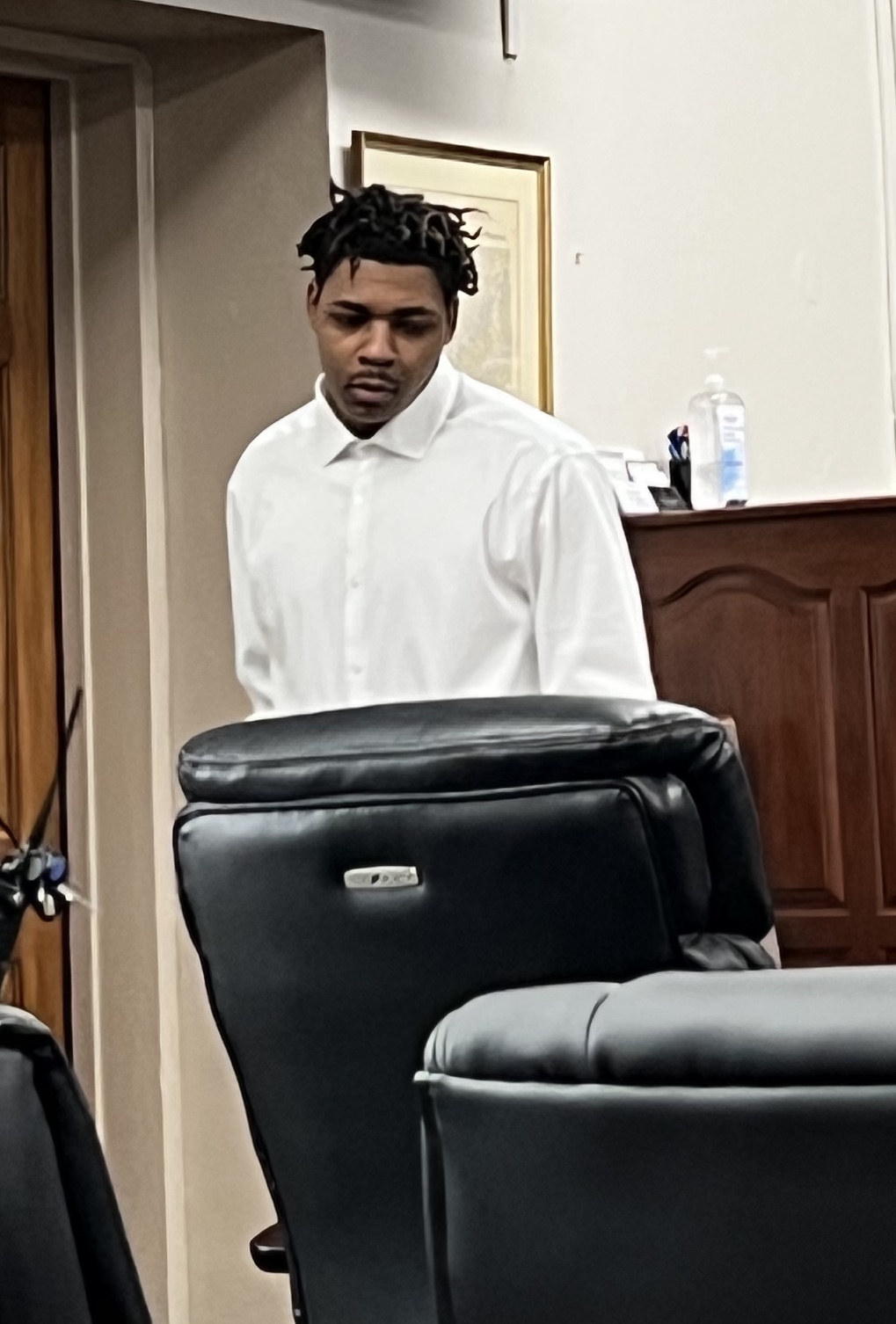 Nelson Guilty on All Charges in Murder of Kane Roush

POMEROY, Ohio – The second man involved with the Easter Sunday murder of a Pomeroy man has been convicted on multiple counts in the Meigs County Court of Common Pleas.

Keontae Nelson, 20, of Charleston, West Virginia was indicted on charges related to the April 4, 2021 death of Kane Roush in Pomeroy. Nelson was indicted on June 1, 2002 with multiple counts. The jury returned the following:

The trial lasted about a week. Nelson was represented by Gene Meadows. Meigs County Prosecuting Attorney James K. Stanley represented the state. Judge Linda Warner presided over the trial. Much of the testimony through the week was the same as what was heard during the Jaquan Hall trial just a few weeks ago.

Nelson was charged as another conspirator in the murder of Roush along with Hall and Richard Walker. Walker has been cooperating with the prosecution and previously testified in the trial against Hall. Walker also testified against Nelson. According to testimony given at the previous trial and during this one, a week before the murder, it had been planned in the days preceding that Easter Sunday. Part of Walker’s testimony stated they listened to music on their way from Charleston, West Virginia to Pomeroy, Ohio. According to Walker once inside Roush’s home and after the house had been ransacked, Nelson was told Hall, “You know what to do,” and at that Roush attempted to run out the door. Nelson was supposed to shoot Roush. Walker stated he was standing next to Nelson when Nelson began firing at Roush. In the process of shooting Roush multiple times, Nelson also hit Hall in the right arm.

Roush was shot multiple times on April 4, 2021 with two different firearms, a .45 and a shotgun. All of the shots fired at Roush were from behind as he was attempting to escape his attackers. Roush managed to crawl from his residence to his neighbor’s house. The neighbor, David Barry, called for help and first responders arrived on scene, but Roush eventually succumbed to the multiple injuries throughout his body. Among the injuries Roush suffered included internal bleeding, injury to the liver, fractured rib, fractured scapula, fractured femur, diaphram and more. Roush had two large gapping wounds in his back from a shotgun with turkey shot as well. According to the report from the Montgomery County Cororner’s Office, all of the shots contributed to Roush’s death.

Meadows tried to call into question the credibility of Walker. Throughout the trial, he also pointed out areas he considered discrepancies in the state’s case. Two points of evidence in the case in particular were questioned. A pair of shorts with Hall’s DNA on them were found near the garage and a Crown Royal bag with ammunition inside matching what was found on top of a deputy’s cruiser at the scene. Law enforcement did not know how it got there. On the Crown Royal bag was touch DNA from Nelson and Hall. Meadows questioned the evidence and the prosecution presenting the case, telling the jury during closing arguments, “What the state presented to you is not sufficient to meet that burden of proof.”

“The evidence is clear,” Prosecutor Stanley told the jury during closing arguments, and he went through the state’s case point by point. In the end though, the jury believed the state proved the case and returned guilty verdicts.

Hall’s motive for wanting to kill Roush was not entirely clear throughout the two trials. According to testimony, Hall told the other conspirators that Roush was “snitching” on him about alleged drug activity. Once inside the home, Hall and Nelson were looking for marijuana, which they did not find. They did find $500 cash which according to Walker, Nelson took $300 and Walker took $200. Danielle Runyon, who had physical relations with Hall for years, had also begun having the same with Roush. Hall was convicted of planning the murder and committing the murder of Roush, whatever the reason.

During his own trial, Hall was convicted of one count each of Aggravated Murder, Murder, Complicity to Aggravated Murder, and Conspiracy felony of the first degree. Aggravated Murder and Murder charges also carry the specifications that they were committed with a firearm. Hall is scheduled to be sentenced November 14. Nelson is also scheduled for sentencing at that time.