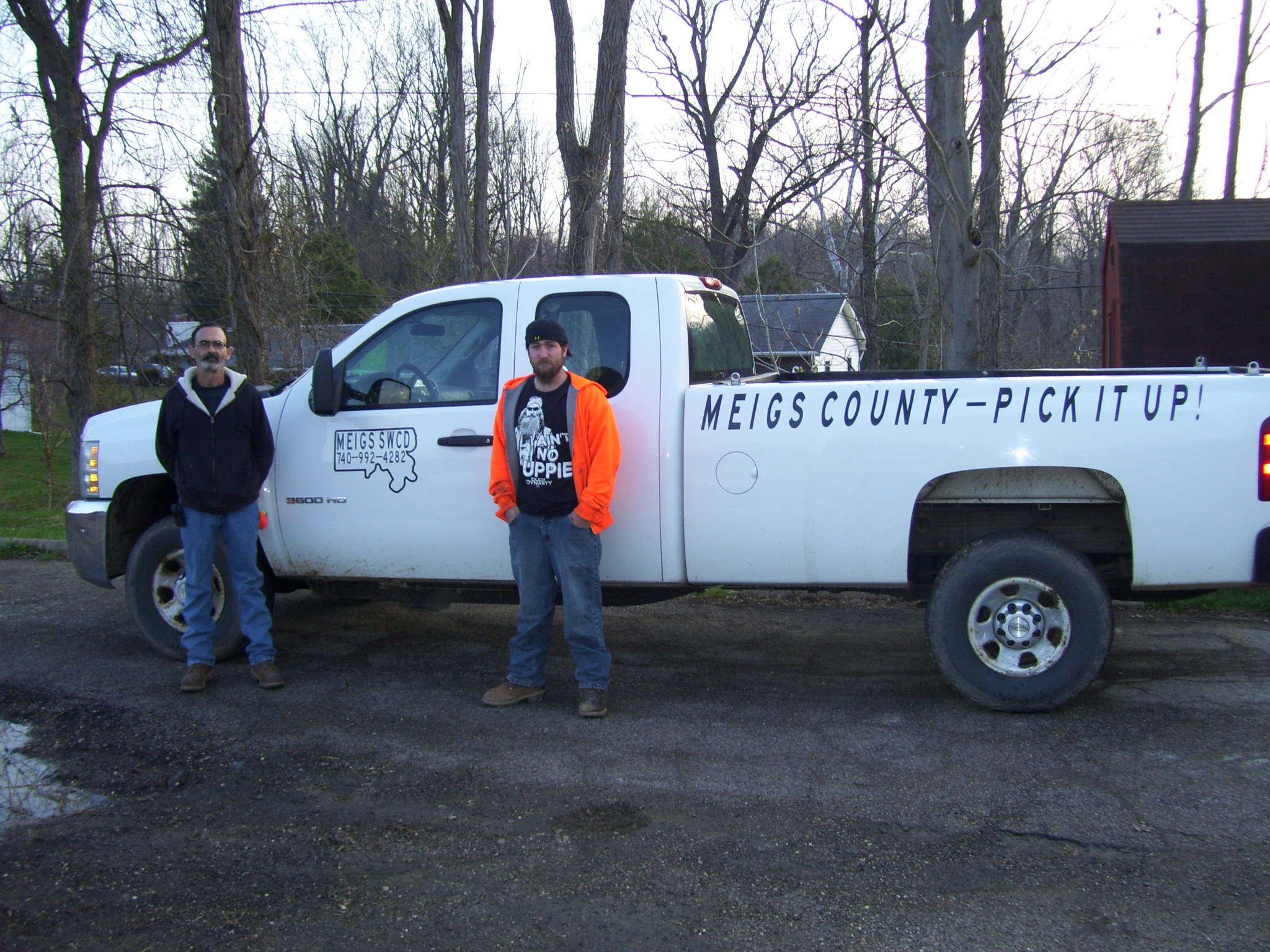 POMEROY – “Meigs County, Pick It Up!”, that’s the idea behind a collaborative partnership between the Meigs County Board of Commissioners, the Meigs Soil and Water Conservation District and other agencies to beautify the county.

Meigs County Pick It Up! is a locally developed, “boots on the ground” program designed to immediately reduce the amount of visible trash and litter alongside county and township roads in Meigs County.

There are approximately 505 miles of township road in Meigs County as well as approximately 261 miles of county road (according to the 2008 Meigs County, Ohio Highway Atlas), for those most part those areas are never cleaned except through the efforts of individual landowners, said Steve Jenkins, program administrator for the Meigs SWCD.

Meigs County Pick It Up! addresses those issues by direct cleanup, by empowering community groups to do their own cleanups, and educating school children about litter and recycling. The program is in cooperation with the Meigs County Board of Commissioners and the Gallia-Jackson-Meigs-Vinton Solid Waste Management District. Staff members are using the truck and equipment that was formerly used for the county recycling program which ended Dec. 31. The Meigs County Highway Department installed decals on the truck identifying as the Meigs County – Pick It Up! pickup truck.

Community groups are encouraged to do their own roadside cleanups, and bags and pick-up service will be provided to assist them. However, cleanup is limited to general litter along county and township roads only.

In addition, a regular crew of workers has been picking up along county and township roads that have been identified as trouble spots. Since Jan. 1 they have removed 269 bags of litter from 49 miles of county roadway, Jenkins said.

“Snow-covered roadsides in January and February resulted in a late start, but so far workers have picked up along roads in seven of 12 Meigs County townships,” Jenkins said. “However one crew can’t begin to get everywhere, so fraternal organizations or community groups like 4H, scouts, ball teams, Sunday school classes and others are critical in making this a success and beautifying our county.

“This is also a great way to get youngsters to take pride and ownership in their community,” he added. “It is also a good way for groups to get credit for community service.”

Jenkins stressed again that this program is strictly for roadside litter on county and township roads and not for residential cleanup or cleanup along state highways.

Any group interested in doing their own cleanups should call the Meigs SWCD office at 740-992-4282, weekdays between 8-4:30 p.m. to make arrangements. A group leader will be responsible for picking up supplies, coordinating the cleanup and keeping track of the location, number of volunteers, and the number of bags collected.

Other upcoming events in Meigs County include the 14th annual Leading Creek Stream Sweep, which will be held April 26, 9 a.m. to noon at the Meigs SWCD Conservation Area on New Lima Road between Rutland and Harrisonville. In the past the stream sweep has been held at the Rutland Firemen’s Park and Jim Vennari Park, this year the stream sweep will be held at the Conservation Area due to ample parking, water and restrooms on site.