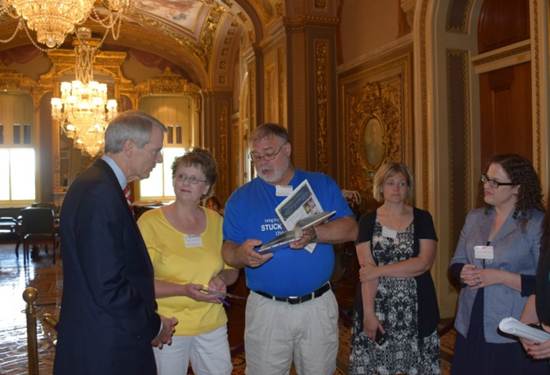 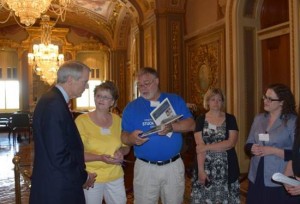 Washington, D.C. – Yesterday, U.S. Senator Rob Portman (R-Ohio) met with Ohio families who have been affected by stalled adoptions of children from the Democratic Republic of Congo (DRC). Despite completing the adoptions, these families have not been able to bring their children home because Congolese immigration authorities have issued a suspension on all exit letters for adopted children since September 2013. Nearly 800 Congolese children and their adoptive American families are directly affected by the adoption crisis in DRC, representing more than 10% of the total number of children who were internationally adopted worldwide by American families last year. Over 350 American families have finalized adoptions of Congolese children, including at least 17 Ohio families. At least 2 adopted children have died during their wait.

“I appreciated the opportunity to meet with these Ohio families who are simply trying to bring their adopted children home,” Portman stated. “Many children affected by this suspension require medical care and others have come to know and love their adopted families. I’ll continue my work to help bring these children home.”

On April 17, 2014, Portman sent a letter to the President and Prime Minister of the DRC urging them to issue exit letters for more than 800 stalled adoption cases of Congolese children who have either been adopted or are in the process of being adopted by American families. To date, there has been no response from the Congolese government.