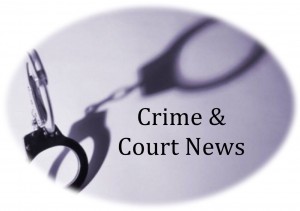 The agreement will result in a combined state and federal settlement amount of $670,407.02 for Ohio.

The settlement involves allegations that Omnicare conspired with Abbott Laboratories through a number of disguised kickback arrangements to increase overall utilization of Depakote, a prescription medication used to treat seizures, migraines, and manic episodes associated with bipolar disorder.

The states contend that from January 1, 2001 through December 31, 2008, Omnicare knowingly solicited and received illegal remuneration from drug manufacturer Abbott in the form of agreements that required Omnicare to engage in certain promotional programs, grants, and other financial support. This alleged conduct resulted in false claims to Medicaid and other federal healthcare programs.

Omnicare will pay the states and the federal government a total of $28.125 million in civil damages to compensate Medicaid, Medicare, and various federal healthcare programs for harm suffered as a result of its conduct.

This settlement is based on two whistleblower cases that were consolidated and are pending in the United States District Court for the Western District of Virginia in Abingdon, Virginia. The cases were filed under federal and state false claims statutes.

A state team appointed by the National Association of Medicaid Fraud Control Units participated in the investigation and conducted the settlement negotiations with Omnicare on behalf of the participating states. Team members include representatives from Ohio Attorney General Mike DeWine’s Office, as well as representatives from the offices of of the Attorneys General for the states of California, Illinois, Massachusetts, Maryland, New York, South Carolina and Virginia.