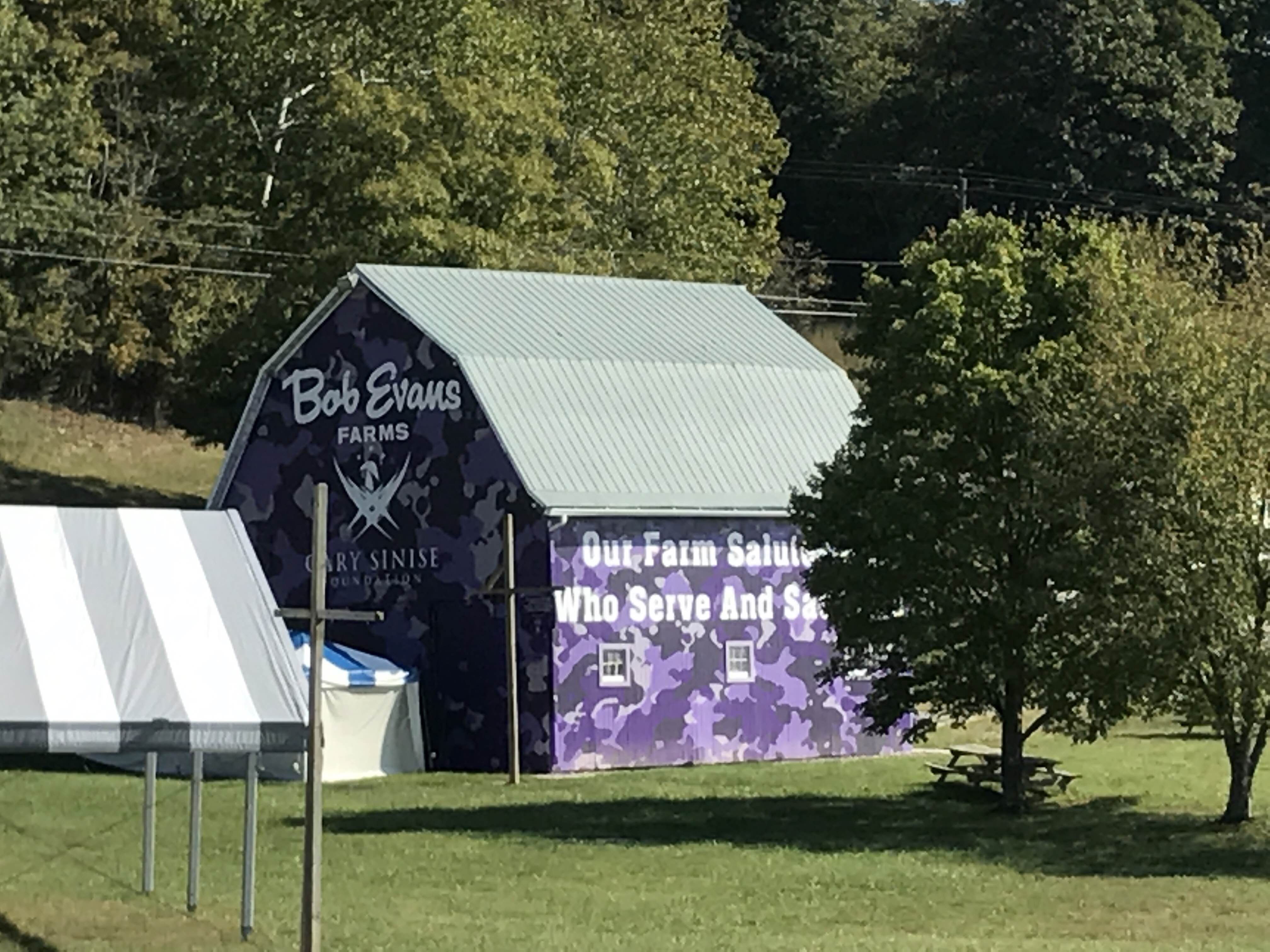 RIO GRANDE – As a company deeply rooted in family, farming and all things America, Bob Evans Farms is committed to honoring active duty military personnel and veterans of the U.S. Armed Forces.

Bob Evans announced that the company will recognize the military at the 46th Bob Evans Farm Festival, October 14-16 in Rio Grande, Ohio by providing free admission, as well as a free concert ticket to see country music artist Craig Morgan, with proof of a valid military ID.

“We want to pay tribute to all of the military men and women who sacrifice so much for our country,” said Saed Mohseni, CEO, Bob Evans. “We’re honored to offer free admission and concert tickets as a small token of our sincere appreciation to the brave men and women who have given tirelessly to serve in the U.S. Armed Forces.”

To reinforce the company’s commitment to the military, earlier this year, Bob Evans Farms painted its iconic barn purple, a color that represents every branch of service. Also, throughout 2016, in partnership with the Gary Sinise Foundation and the Serving Heroes program, Bob Evans Farms, Inc. will serve more than 6,000 meals to military heroes and their families at military bases, USO centers and VAs across the country. Guests are encouraged to visit the newly painted barn during the Farm Festival and learn more about how Bob Evans is going Purple.

The Farm Festival, which draws nearly 30,000 visitors from 20 states, offers guests a chance to step into a simpler time to enjoy great food, family and fun. Visitors can snack on cornbread, dumplings and apple cider, while touring the more than 100 artisans showcasing their work for purchase. Other activities include the kiddie tractor pull (11 a.m. – 1 p.m.), cow chip toss, sack race and a pie eating contest. Registration for contests begins at 9 a.m., with the contests beginning at 1:30 p.m. each day. The Farm Festival runs from 9 a.m. to 5 p.m. daily.

A variety of regional and nationally-known musical acts will also perform for visitors during the Festival. Award-winning TV host and country star, Craig Morgan will headline the musical entertainment this year with a performance on Saturday at 8:00 p.m. at the Windmill Stage. The Rarely Herd will open for Morgan at 6:30 p.m. A fireworks show will follow Morgan’s performance at 9:30 p.m.

Concert attendees will need to purchase a ticket to the concert online at http://becs-craig- morgan.eventbrite.com/.
Veterans and active duty military personnel must provide proof of service to receive a wristband for free admission and concert tickets. Eligible identification includes a U.S. Uniformed Services (current or retired) Identification Card, a current Leave and Earnings Statement (LES), or a Veterans’ organization card (American Legion or VFW, for example). Wristbands for veterans and active duty military are available at the Homestead prior to the Farm Festival (open daily, 10 a.m. – 5 p.m.). During the Farm Festival, they will be available at the entrances and in the Bob Evans Heroes Tent located by the purple barn.

For more information about the Farm Festival and a full entertainment schedule, visit www.bobevans.com/aboutus/the-farm/farmfestival/.