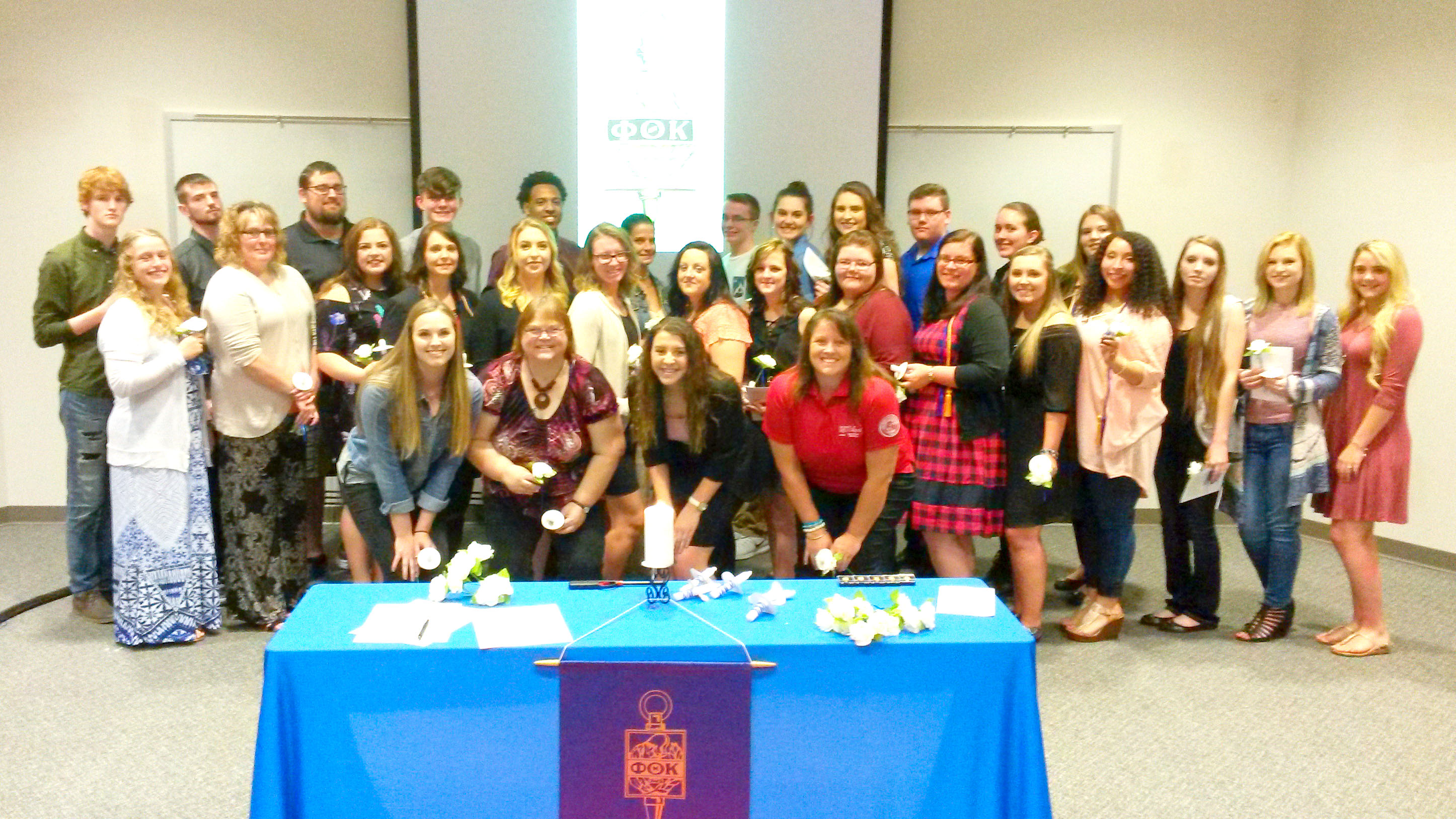 Dr. Stephanie Alexander, director of student success at Rio, said the students selected to join the organization are examples of academic success and knows they will go far in their future careers.

“This is a student honorary whose purpose is to recognize academic excellence,” Alexander said. “Membership and ‘good standing’ within the organization are based solely on academic achievement, and members must maintain their high GPAs for the remainder of their academic careers.”

The students inducted into the organization included 11 seniors for the 2016-2017 academic year. Rachel Payne, a senior diagnostic medical sonography student, said she is thrilled to be inducted into Phi Theta Kappa.

“It’s an honor. My mom and I were so excited when I got the letter inviting me to become a member,” Payne said. “This recognition lets me know I can continue to be successful in the future. You aren’t just a number here at Rio Grande, you mean something to the professors. They know us and take time to help us succeed in any way possible. That really helped me get to where I am and to this accomplishment.”

Phi Theta Kappa was established in 1918 by Missouri-based community college presidents to recognize and encourage the academic achievement of two-year college students. Today, it has grown to be the largest honor society in American higher education with over 1,300 chapters in the United States and abroad. Rio’s Beta Nu Phi chapter was originally chartered in 2005.