Typically, I refrain from writing editorials, however, I can’t be quiet on this particularly topic.

Growing up in Meigs County, Ohio and living in either Gallia or Meigs most of my life, I have a partiality to this corner of the world. Normally, I set aside my partialities as a journalist. I work to be fair in covering the news, however, as a business owner, as a voter, and even as a reporter, I am appalled at the current state of our great state of Ohio.

With the loss of revenue from the managed care tax, counties like Meigs and Gallia are being asked to tighten already tightened budgets. The state legislature came up with a fix for the loss in revenue, but Gov. John Kasich vetoed it. His proposal originally involved giving counties a lump sum payment to mitigate the loss of revenue. His proposal was incorporated in the amendment to Ohio’s budget that he vetoed. Part of that was a replacement for the lost revenue with a fee for managed care. It is the same type of fee the state is using to recoup their loss of income on that level, however, Gov. Kasich vetoed it.

To understand the real heart the of issues, let me explain what this could look like for Meigs County. First off, while $600,000 isn’t that much to counties like Cuyahoga or Franklin, it is devastating for Meigs. Across the board, county government would have an estimated 10 percent budget cut. A 10 percent budget cut directly means things like services in the Juvenile Court will be cut. It means the loss of Meigs participating in the Gallia-Meigs Major Crimes Task Force. While the county commissioners have said they would cut the Sheriff’s Office last related to dealing with crime, it still will happen. It means loss of jobs across the county and loss of services across the board to citizens of Meigs County.

Gallia County Commissioners have repeatedly stated they have tightened their budgets as much as possible. How much more can they manage to squeeze out without loosing something too?

The loss of those jobs impacts all of us. It impacts our local economy. Is it something Columbus will notice? Probably not, but that has been the way it has been for us for years. We take the loss and Columbus seems to never notice or do anything to help. It is like Southeast Ohio is the red-headed step child of the state.

I chose to stay in this area. Several years ago I couldn’t find a job, so I created one. I work more hours than I can count and I am not rolling in money, but I make a living. I am here because I believe in Meigs County. I believe in Gallia County. I believe in the people and potential of these two counties. I see the mess and it is just that a MESS happening in the Division of Wildlife. It is working, so let’s mess with it. Men and women that hunt or fish fund the department through licenses to hunt and fish, yet we have a governor that wants the state to get into those funds. Efforts have been underway to rearrange and change things including talk of a regional wildlife officer instead of one per county. It is bad enough with one per county, but think of the terrain and distance in Southeast Ohio and one officer trying to cover this region? That isn’t reasonable or feasible. It demonstrates a straight out lack of knowledge or understanding of this area of the state. It also directly impacts Meigs and Gallia Counties. Both counties gain a great deal from fishing and hunting. It is bad enough the state took away local check-in stations for hunting, what is next? Those local check-ins were social opportunities. It benefitted local businesses that were stations with added sales of food and beverages. Again, money directly taken out of this corner of the state without any thought to what was happening and how important something like that was.

When was the last time you saw Gov. Kasich brag about getting jobs in Southeast Ohio? In Gallia or Meigs County? I get a lot of press releases that do not get published because while I try to provide some statewide news, the Meigs Independent Press and Gallia Hometown Herald are designed to be local, hometown news sites. I see the notices of major developments in other areas of the state. Each time I shake my head because any one of them would be a game changer for our area.

Many points can be made illustrating just how Gov. Kasich pays attention to our corner of Ohio. I see all of this and quite frankly it comes down to a pattern. A pattern of behavior that is a direct disregard for the people of Southeast Ohio. Because let’s face it, this isn’t about numbers, it is about people. People this man was elected to represent too.

In the past several months, Rep. Ryan Smith and Rep. Jay Edwards have fought hard for their areas. They have. Rep. Edwards has been working to make other representatives aware of Southeast Ohio and what this budget from Gov. Kasich will do here. I don’t like taking political sides, but I can say he has been there right along with Meigs County Commissioners and Meigs County elected officials including Sheriff Keith Wood working hard to make Columbus wake up and pay attention. The officials have made multiple trips to the Statehouse lobbying Ohio Representatives and Senators. Both Gallia and Meigs County Commissioners gave testimony before the finance committee on the impact of the revenue loss. In the past this county has just taken the lumps from Columbus, but not this time. Meigs officials, particularly the county commissioners have pushed, pulled and made enough noise to make people notice in the Statehouse. They paid attention and they fixed the problem, but Gov. Kasich vetoed it.

On July 6, 2017 the Ohio House of Representatives will be tackling the 48 amendments Gov. Kasich vetoed. For the first time in 20 years, the Ohio House of Representatives will be voting to override Gov. Kasich’s vetoes. Among those to be brought up for vote is the fix for local government budget loss from the managed care tax. Three fifths of the vote is necessary to override the veto. I pray it is.

To Gov. Kasich, however, I have this to say. Sir, I do not understand who you think you are to ignore, hurt and basically declare war on rural Ohio. From the county level to villages to townships, you have worked to devastate our local governments and directly impact our way of life. We have survived in near depression era level unemployment. We have survived the loss of the coal industry. We have survived many floods of the Mighty Ohio and by the grace of God, we will survive your governorship. We will be here, banding together as only Appalachians can to continue to carry on with that same grit the first settlers to the Northwest Territory possessed. But if you think we are going to go quietly anymore, you are sorely mistaken. We are watching. We are vocal. We have a voice. We are still here. 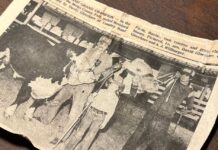 From the Editor’s Desk: The Journey Continues 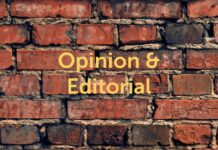 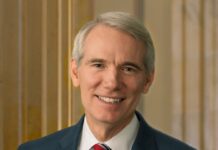 Letter to the editor: Broadband internet and Meigs County

Portman Column: Vaccines are a Key Tool in Our Fight against Coronavirus 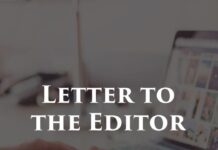 Letter to the Editor: Choice for Sheriff 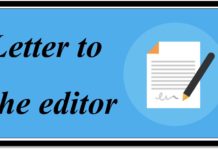 Letter to the Editor: COVID-19 & Overbrook