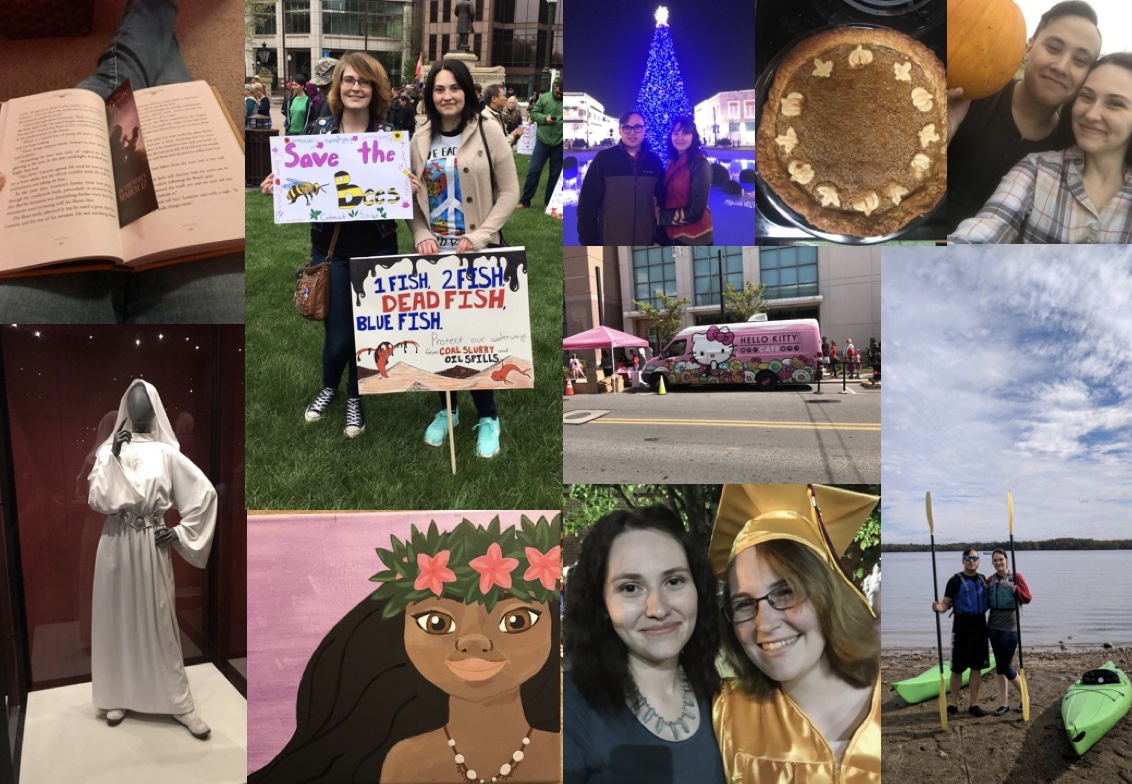 [Note from the Author: Hometown City Girl is a diary of sorts; a collection of my stories, experiences, and trials of growing up in a small town in Southeast Ohio along the river dreaming of living in the city and then moving there and realizing I don’t quite fit in either place. Parts of me are a little too “country” for Columbus, and parts of me are a little too “city” for the people I know down home. It’s an interesting balance but it makes every experience interesting trying to figure out what role I fit into.]

With it being the start of a new year I figured now was a good time to reflect on what has happened to me and what I accomplished during 2017. It’s also a great way to introduce you all to me as this is the official kick off to my weekly column that will explore the ups, downs, exciting times, and trying of my life being a girl raised in a small home town in Meigs County who decided to move to the “big city”, Columbus.

As a lot can happen to a person in a full year I’ll list the highlights for you rather than writing a full report. A lot of not so great things happened, but through them the theme for my year was not just a wind of change, but rather a 180 close to the end of the year. If I’ve learned anything this year it’s just how far and isolating being two hours from my family can sometimes feel even though it’s realistically not that far. I learned even with the distance they’re there when I need them. I also learned I have the strength to conquer anything and adopting trying to find a positive spin on everything has helped me immensely.

So here we go let’s recap my 2017, sort of like the whole “life flashing before your eyes” condensed to a year.

But Here’s All the Good that Happened
– I found one of those kinds of dream jobs that doesn’t feel like work because it’s my passion
– I found some amazing friends and new family through my new job that are there for me as much as my real family
– I beat that Lyme Disease flare up and am currently in better health than I’ve been in a long time
– I found strength in myself to get through the difficult stuff I didn’t think I had
– I made more of an effort to stay in contact with family
– I started an amazing relationship that has taught me so much
– I got to see Fiona the hippo at the Cincinnati Zoo
– I met some of my childhood heros in Linda Ballantyne and Katie Griffin, the voices of Sailor Moon and Sailor Mars
– I went to a pick your own orchard for the first time and had some city people stare at me in wonder as they’ve never seen someone climb a tree before
– With produce from said orchard I made my first from scratch apple and pumpkin pies and canned for the first time
– I hosted my first ugly sweater party
– I read a bunch of amazing books
– One of my favorite authors complimented my bookmark in a picture of their book I posted
– I got to see my little sister graduate high school
– Had some of the best mac and cheese of my life at Myrtle Beach
– I implemented more ways to be green in my daily life
– I started making some of my own beauty products
– I set aside time to dedicate to my art and tried new styles
– I saw Zelda: A Symphony of Goddesses for the first time
– I moved into a better apartment
– I have been collecting Funko Pops! for a year now
– I adopted a more positive outlook on life and people
– I attended the Earth Day March for Science in Columbus
– Saw Star Wars and the Power of Costume
– Went to get some goodies from the Hello Kitty Cafe food truck
– Learned how to kayak

The list of good far outweighs the bad, and going into 2018 that’s something I want to keep in mind and hope you do as well. Even though the bad can be easier to get caught up in it’s always temporary, and when you find yourself overwhelmed think about the good things, no matter how small they are. Some of the most simple things gave me the most peace and joy this past year. If you’re feeling discouraged about the end of your 2017 or are concerned for the future of 2018 try to think of one good thing that happened to you each month in the past year and it will definitely brighten your outlook.

So now that you’re all caught up on my previous trials and adventures, big and small, I hope you stick with me in my new journeys as I navigate through 2018!