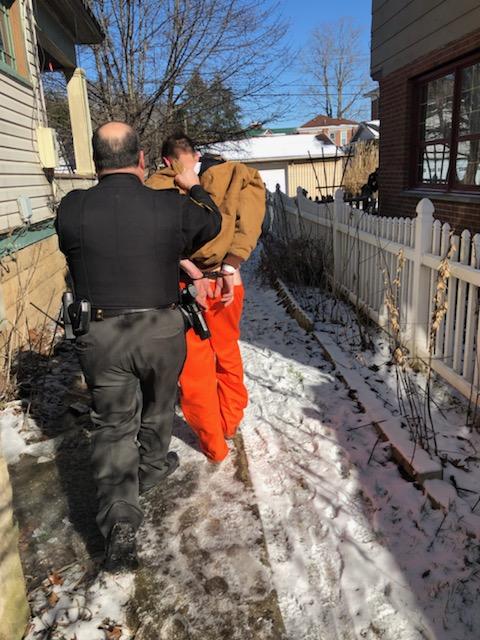 MIDDLEPORT, Ohio – A suspect is back in custody after fleeing from law enforcement as he was being moved to another facility from the Middleport Jail.

Sheriff Keith Wood told the Meigs Independent Press that Earl Mullins was being moved from the Middleport Jail when he fled. Mullins was on the run for about 30 minutes until law enforcement surrounded him on Lincoln Street. The suspect was taken into custody. No officers were injured according to Sheriff Wood.