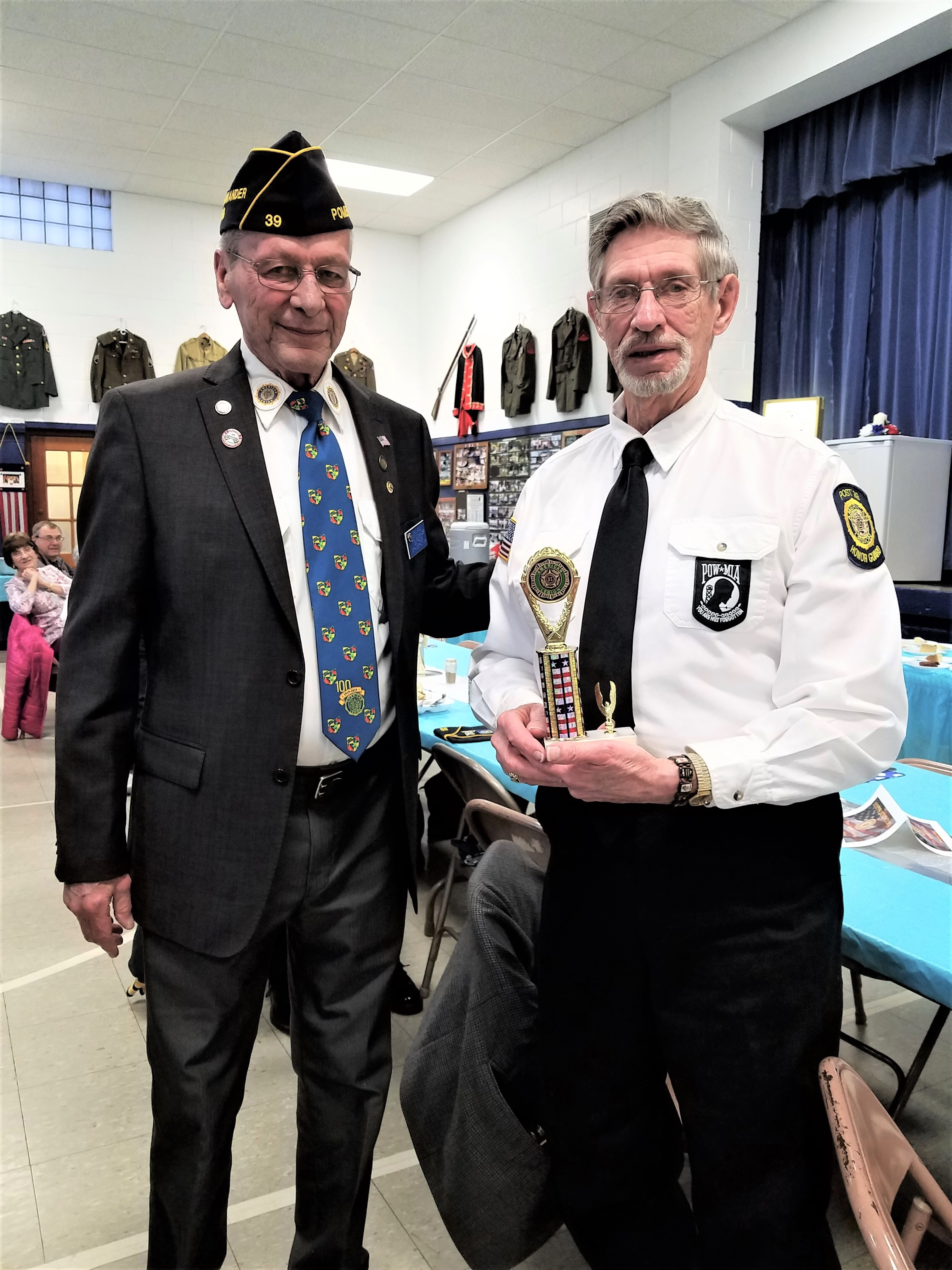 POMEROY, Ohio – The annual Birthday dinner of the American Legion Post # 39 was held recently with grace for the meal given by the post chaplain, Jerry Frederick.

The meeting opened with the presentation of the colors, prayer by Jerry Frederick and all present repeating the Pledge of Allegiance.

It was a quiet and somber moment when Commander John Hood led the ‘Post Everlasting Ceremony’ for the 4 veterans and members of Post 39 that have passed away in the past year.  They were Ted Warner, Jack Lewis, Bill Little and Bill Edwards.

Wally Hatfield placed a cap on the three standing rifles and after a prayer by chaplain Jerry Fredericks Wally placed their names in the helmet.  Sitting beside the rifles and the helmet was an empty chair as a remembrance of all those men that are Missing in Action or Prisoners of War.

Taps were played after which the cap was removed from the rifles.

In attendance was David Holter, a veteran of WWII.

Commander John Hood spoke about the Legion being 100 years old, having been instituted in 1919 he read all the names that are on the charter and explained how all the things the legion stood for then were still being practiced today.  He also said that the legion played a big part in the rehabilitation of men returning from the military and war to adjust to civilian life again.

One of the things the legion does is sponsor boys going to boys state and he told how one boy from Meigs County went all the way to the state level and how proud he was to see him perform.

He also mentioned how post # 39 has about 20 to 25 men at each meeting where other post is not so lucky.

The 50-50 drawing was won by Roger & Marlene Swartz and they announced that half of it would go to the kitchen fund and the other half to the ladies auxiliary.

Gas cards were won by JoAnn Williams and Norman Price.

Harley Johnson was announced as winner of the ‘Legionnaire of the Year’ and given a trophy by John Hood, Commander.

JoAnne recognized those that helped with Poppy Days last year and passed out certificates to them..