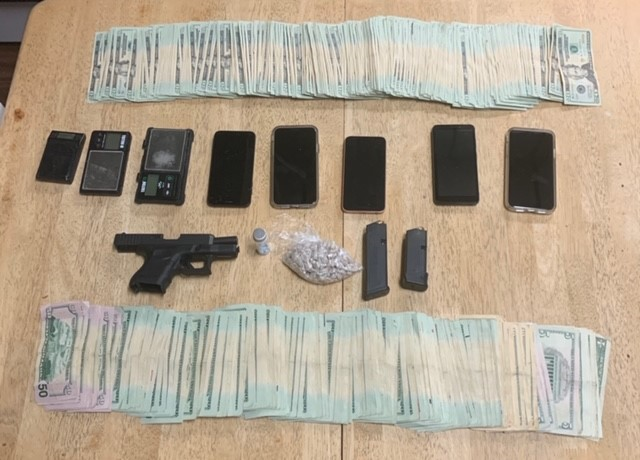 POMEROY, Ohio – Multiple law enforcement agencies worked together on a search warrant execution and has resulted in confiscation of drugs and money.

Sheriff Wood stated that the Washington County Sheriff’s Office Special Response Team made entry into the residence at 12:35 a.m. with the assistance of the Meigs County Sheriff’s Office and Agents with the Major Crimes Task Force of Gallia – Meigs. Several subjects were detained until a complete search of the residence and property was completed.

According to Sheriff Wood, during the search of the residence agents seized over 50 grams of heroin with a street value of $11,000, over $13,000 in cash, prescription medication, marijuana, a firearm, digital scales, and drug paraphernalia.

Arrested at the scene was Dryshaun Jeremiah Bear, 24, of Detroit, Michigan. Bear is being housed in the Middleport Jail on a felony of the first degree for possession of heroin. More charges are pending once the investigation is completed.  Sheriff Wood also noted there will be additional charges on persons detained at the scene once the investigation is completed.

The Major Crimes Task Force of Gallia-Meigs is a state task force under the jurisdiction the Ohio Organized Crime Investigations Commission which is part of the Ohio Attorney General’s Office, the task force was formed in September 2013 and consists of the Gallia and Meigs County Sheriff’s Offices, the Gallia County Sheriff’s Office, the Gallipolis City Police Department, the Middleport Police Department and both the Meigs and Gallia County Prosecutor’s Offices.