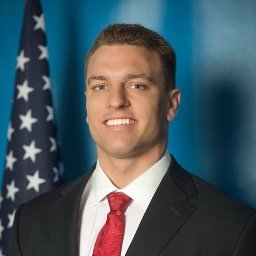 “Today, the Ohio House of Representatives voted to remove Larry Householder as Speaker of the House. That vote, coupled with the selection of Householder’s replacement, Bob Cupp, punctuates what has been a tumultuous week for the Ohio House.

“The allegations made against Householder shocked Capitol Square, but they also reverberated deep in our part of Ohio as well. As a native son of Appalachia, Householder spent years effectively representing our communities in the legislature; fighting for the interests of the people of Ohio, including the constituents of Athens and Nelsonville. During Householder’s tenure as Speaker, progress was made on multiple fronts, including obtaining funds for job creation, improving foster care and fighting drug abuse.

“My family and I have grown to consider Larry to be a friend. We were confident that Householder would help give Southeastern Ohio a stronger voice. In fact, Larry was fond of sharing the story of meeting my grandfather, Joe Edwards, for the first time back in 1996, when Householder stopped by the Movies 10 during his campaign for state representative.

“Like every American, Larry deserves to have his day in court, untainted by the slights of political expediency and a rush-to-judgment. However, given the weight of the allegations levied against him, it became evident that Householder would no longer be able to effectively lead the Ohio House, or continue to champion the cause of the People of Ohio.

“That is why, today, I voted to remove Larry Householder as Speaker of the House. My hope is that Householder’s replacement will effectively work to restore the trust of the People of Ohio and will demonstrate ethical leadership in the Ohio House.

“In politics, it’s so easy to kick someone when they’re down just to score political points. That’s not who I am or what I believe that my constituents expect of me. My commitment to serve Ohio has never wavered; and this test must be viewed as one of the curveballs that life sometimes throws our way. What’s important is that we get back up to the plate to continue to fight for what is right; and, that’s exactly what I, and the rest of the Ohio House, intend to do.

“Today begins a new chapter for the membership of the Ohio House of Representatives, but my goals are the same as they always have been: to give Southeastern Ohio a strong and resilient voice based on the principles of ethical and responsible stewardship. That work will carry on.”