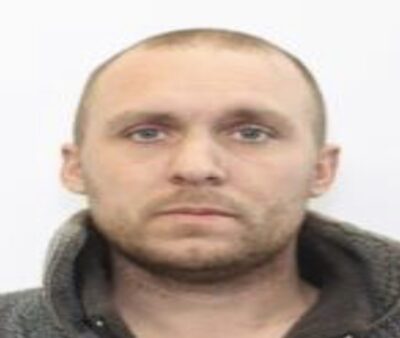 Gallia County Sheriff Matt Champlin has released a statement regarding the arrest of a suspect who fled from Law Enforcement Officers on Friday, April 23 on U.S 35 in Gallia County and ended in Meigs County.

“Deputies from the Gallia County Sheriff’s Office attempted to pull over Mark Hollingshead, 35, of Grove City, Ohio on U.S. 35 near the S.R. 850 Exit for not having a license plate on his vehicle. Deputies with the assistance of Troopers from the Jackson and Gallipolis Posts of the Ohio State Highway Patrol attempted to stop Hollingshead as he fled toward the West Virginia State Line. Hollingshead made several attempts to strike pursuing officers with his car while trying to evade capture,” stated Champlin.

“Hollingshead proceeded North on S.R. 7 where he made contact with a Gallia County Sheriff’s Officer Cruiser. He continued North into Meigs County when he crashed his vehicle while turning onto Township Road 376. Deputies were successful in taking Hollingshead into custody at the crash scene,” stated Sheriff Champlin.

Hollingshead is being held in the Gallia County Jail on charges of Felony Fleeing & Eluding and possession of illegal narcotics. It was also determined that Hollingshead had an active warrant for his arrest in Meigs County, Ohio for a previous Fleeing and Eluding charge. Additional charges are pending consultation with Gallia County Prosecutor Jason Holdren’s Office.

“I applaud the efforts of the officers from all of the agencies including the motoring public in bringing this incident to a peaceful resolution and ensuring a very bad man and his drugs are off the streets,” added Sheriff Champlin.