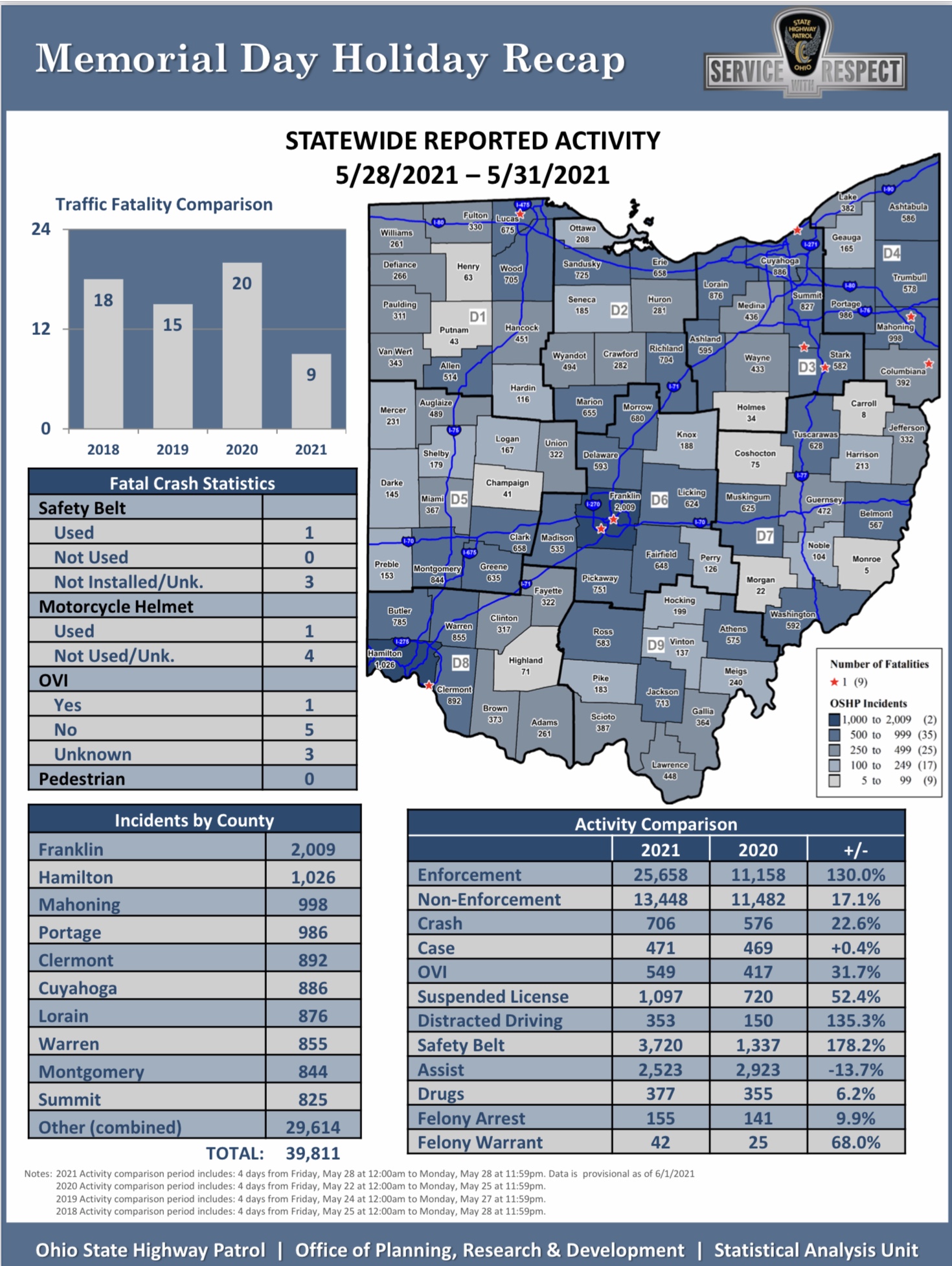 COLUMBUS – The Ohio State Highway Patrol is reporting nine deaths on Ohio’s roadways during the 2021 Memorial Day weekend according to provisional statistics. This Memorial Day saw fewer fatalities than last year, when there were 20 traffic deaths during the weekend. When compared to the previous three year average, the number of fatalities dropped by 49 percent this year. The four-day reporting period began Friday, May 28 and ran through Monday, May 31.

Troopers remind motorists that roadway safety is a shared responsibility. Everyone can contribute to making our roadways safer by following traffic laws, wearing safety belts and driving sober.

You can help contribute to a safer Ohio by calling #677 to report drug activity and dangerous or impaired driving.