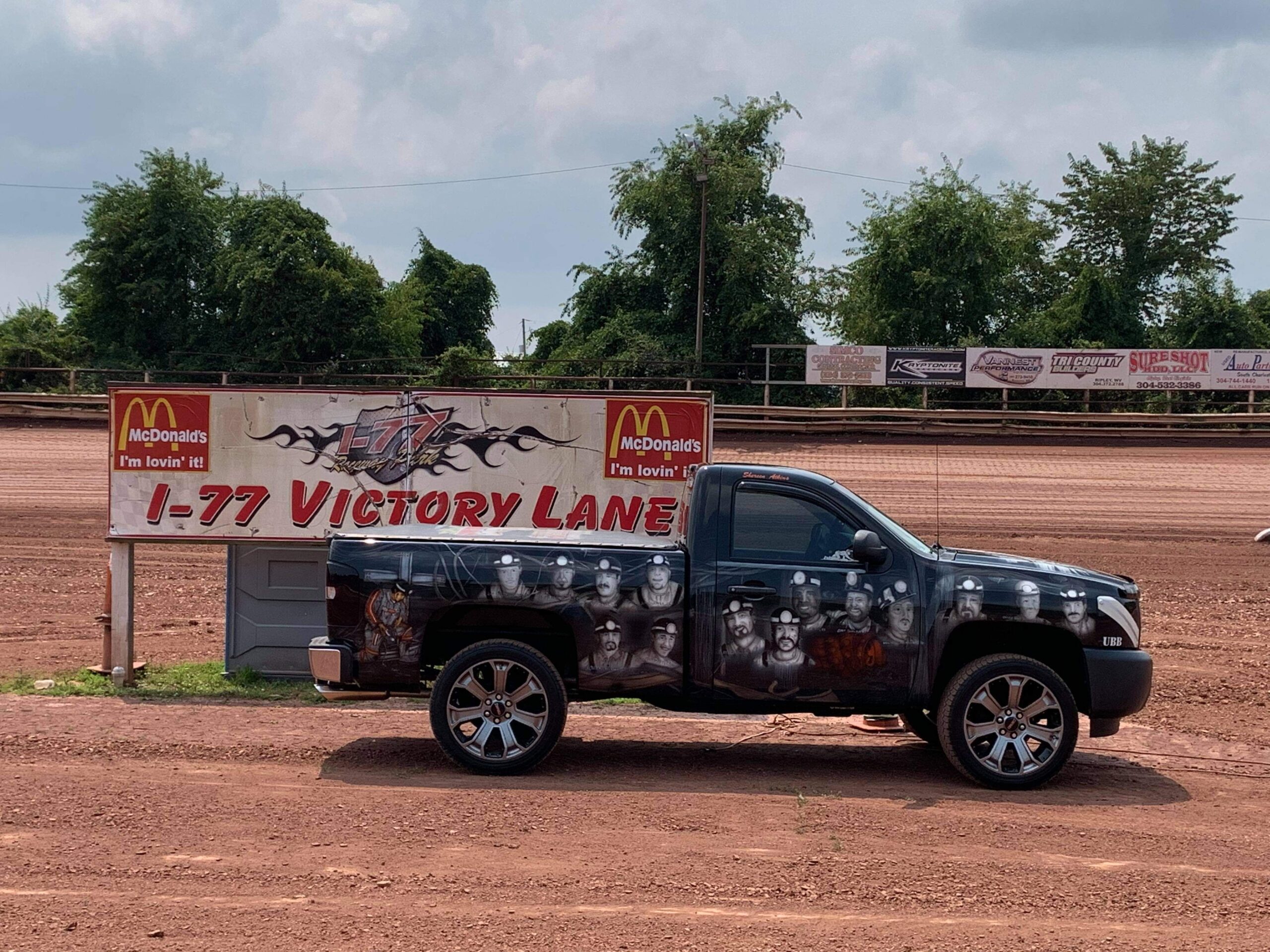 The race will feature Super Late Model Series Renegades of Dirt paying $5,000 to win, $400 to start. The Saturday racing card will also have the Mini Wedges, UMP Modifieds, Sonny’s Paint and Auto Body Sport Mods, and Collision Specialists Enduros. Gates will open at 3 p.m. with racing at 8 p.m.

There is going to be a memorial ceremony prior to the UBB 29 Memorial Race. The pace laps will be led by Robert Atkins from Racine, West Virginia whose son, Jason Atkins, was one of the 29 killed in the Upper Big Branch Mine. Robert has a memorial on his truck that has images of all 29 miners killed. The images include Joshua Napper from Meigs County. Napper was just 25 when the mine disaster took his life.

Track promoter Glendal Garnes said, “This is a way to remember the miners and the tragedy that happened and a way to give to the families. We are expecting a large crowd, and plenty of side by side racing with good weather.”

There will be money for the feature win of the UBB 29 $5,000, fast 6 dash for cash $500, fastest qualifier $300, and there is a blank check that will be  filled out that night from all other proceeds that will be going to the West Virginia Children’s Home Society. This was the organization the families of the Upper Big Branch Mine chose to donate to.

I-77 Raceway has hosted the UBB event as well as Lucas Oil Racing Series, and the Hillbilly 100 in the past. The race way can seat approximately 4,000 seated fans and additional standing room for 1,000 more.  There will also be camping available for those that want to camp according to Public Relations Director Harmon Staats.

On Friday, July 23, 2021 there will be the Friday Night Shootout with Quality Brother Construction Steel Block Late Models paying $800 to win. Also on the card are the Sonny’s Paint and Auto Body Sports Mods paying $500 to win, and the Mikes Auto Body and Express Street Stocks paying $300 to win, and the Collision Specialists Enduros. The gates will open at 3 p.m. with racing at 7:30 p.m. General Admission on Friday will be $10 and pit pass will be $25.