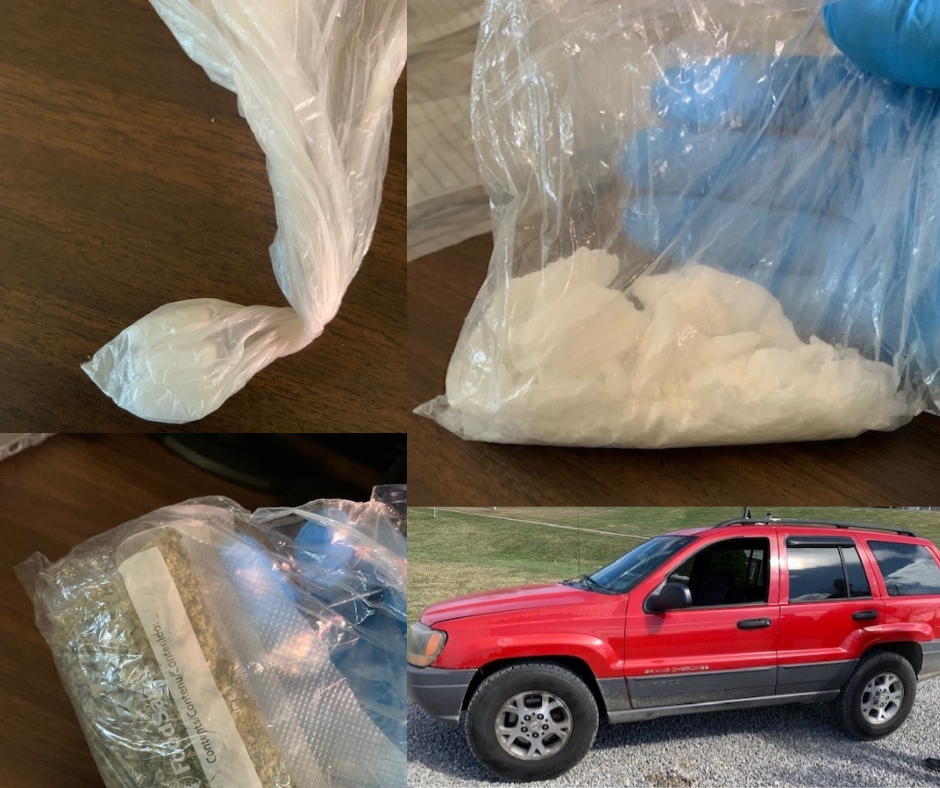 According to Meigs County Sheriff Keith O. Wood, deputies with his office worked a drug interdiction operation on Tuesday, March 15, 2022 in conjunction with the Major Crimes Task Force. During the operation, task force agents observed a red 2001 Jeep Grand Cherokee travelling on Bashan Road. Task force agents had previously received information regarding the Jeep Grand Cherokee and were aware that the male driver of the vehicle was alleged to be trafficking in large quantities of drugs in Meigs County, Ohio.

Task Force Agents knew the identity of the driver and that he had a suspended driver’s license. A traffic stop was conducted on the vehicle while it was travelling along Bashan Road toward Racine. Deputies were alerted to the odor of marijuana coming from within the vehicle. A small marijuana grinder was located in the vehicle in addition to a plastic baggy containing oxycodone pills. Deputies arrested the sole occupant of the vehicle who was identified as Marseant D. Wellman, 35, of Columbus, Ohio.

According to the statement, ”As task force agents and deputies continued to search the vehicle they still noticed a strong odor of marijuana coming from the center console. The center console of the vehicle was removed and Agents located approximately three ounces of crystal methamphetamine along with an additional amount of marijuana being less than 200 grams. Wellman has been charged with Aggravated Possession of Drugs, a felony of the fourth degree, Trafficking in Methamphetamine, a felony of the second degree, and Possession of Methamphetamine, also a felony of the second degree.”