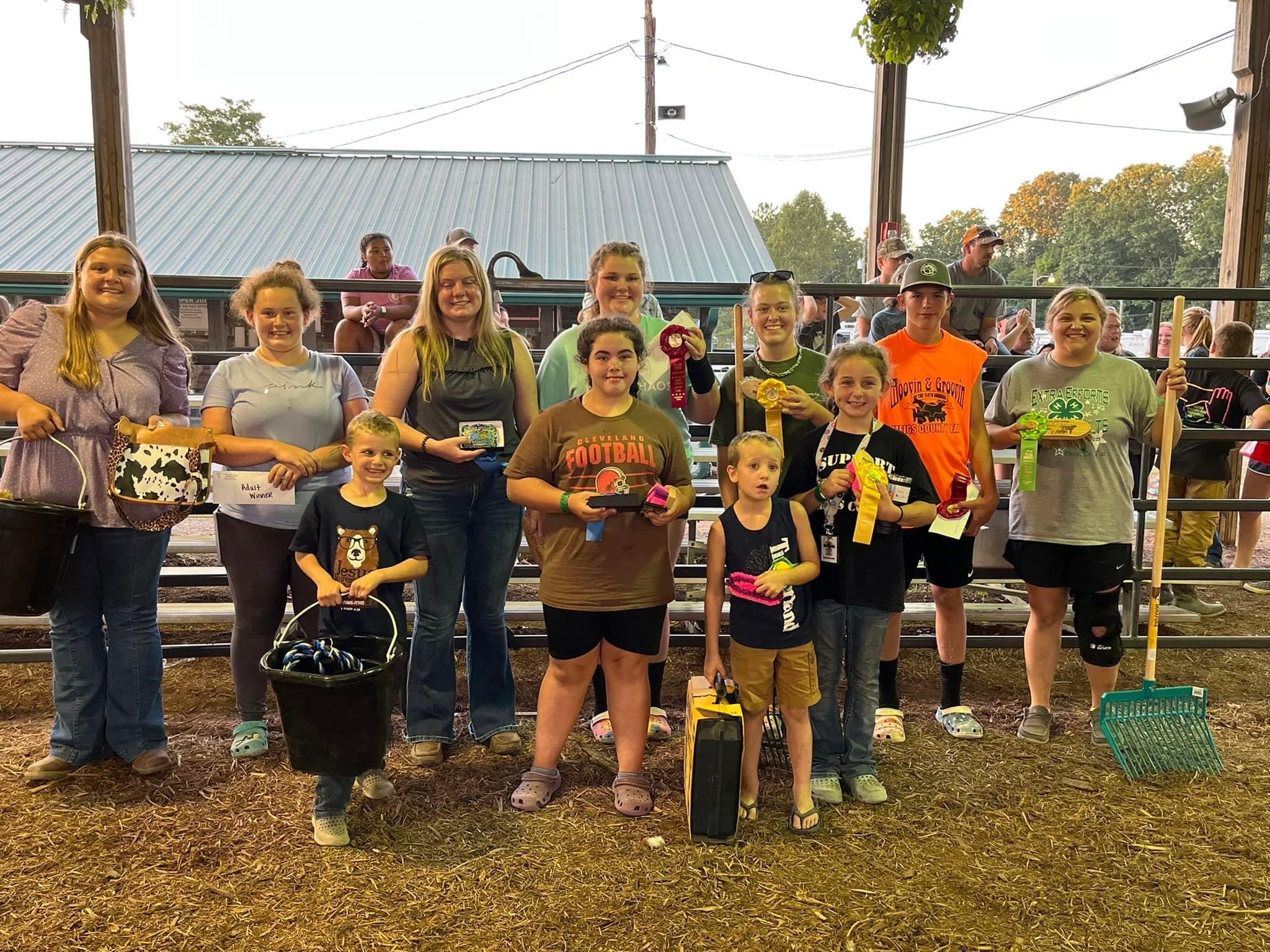 In this event four animals of the same species (lamb, cattle, pig, goat) line up in front of the participant “judges.”  The participants then have to judge the animals, as if they were the livestock judge themselves. They are asked to fill out a judging card. This card has several questions on it including: asking them to place their livestock in order from first through fourth place based on market class; explain their reasoning on why they chose this particular order; and answer a few questions about each species.

The official judge this year was Chase Meeks, who has an Animal Science Degree with a Meat Science focus from The Ohio State University.  Meeks is also a butcher at the Local Butcher in Athens, Ohio and raises his own beef cattle.

The participants who competed were able to learn about what is important in the livestock market industry today, as well as have fun in enjoying an evening as a livestock judge. Overall the contest had an amazing turnout with 80 participants. Congratulations to everyone that participated and we hope to see you all next year at this event.