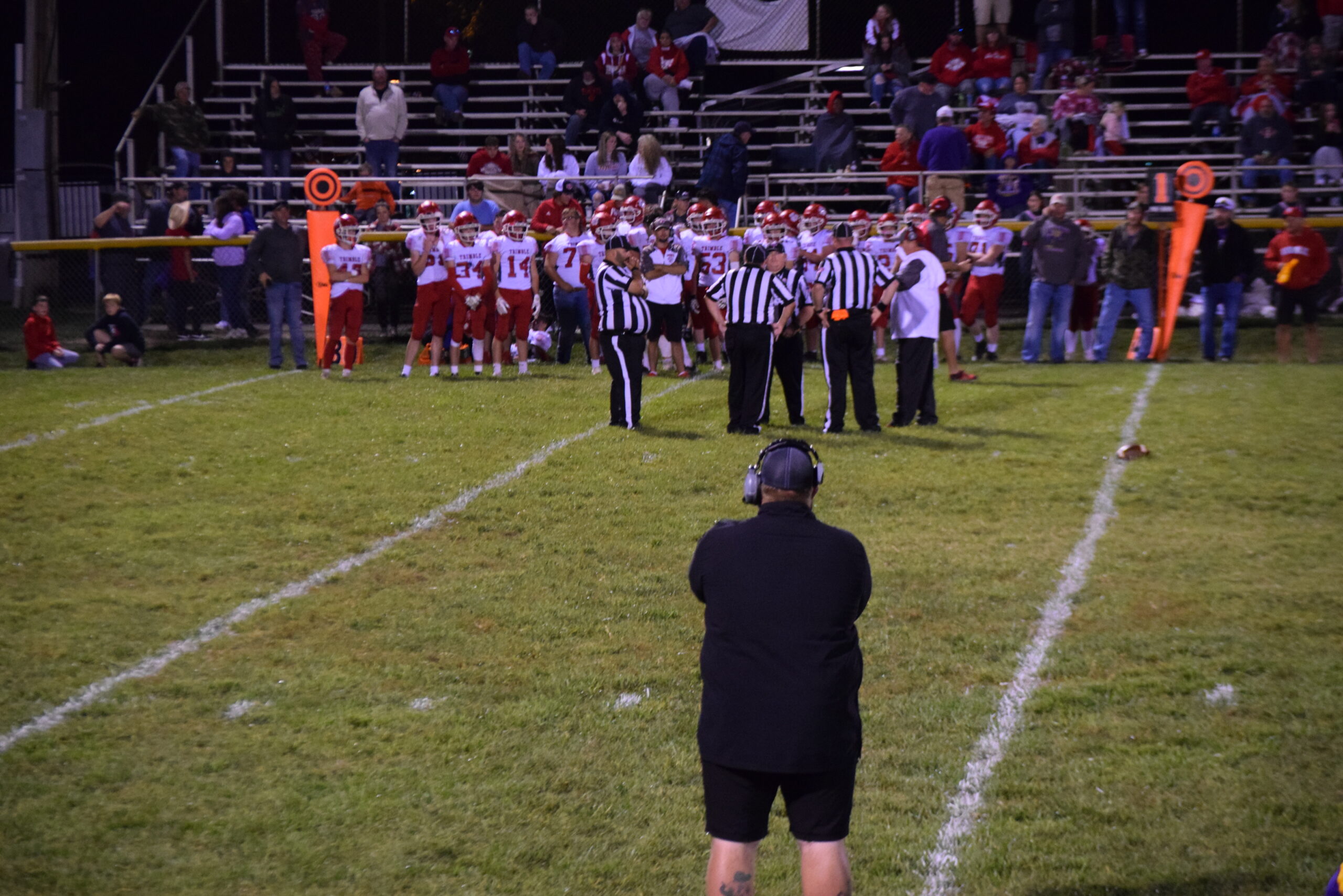 RACINE, Ohio – The Southern Tornadoes led most of the game Friday night, but came up short of a win against the Trimble Tomcats at the Roger Lee Adams Memorial Field.

It was a slow start with no scoring until Trimble scored a touchdown with 4:33 left in the first quarter. The extra point was no good making the score Tomcats 6 Tornadoes 0.

Southern’s Colten Thomas returned a kick off deep into Tomcat territory and it looked promising for the Tornadoes. However, it was turned over on downs.

The Tornadoes defense began pushing to keep the Tomcats from gaining further ground and by the second quarter Southern had possession again. The Tornadoes scored a touchdown carried by Derek Griffith. With the extra point, the Tornadoes led the Tomcats 7-6.

Following several penalties on both sides, the Tomcats were knocking on the door for a touchdown, but the Tornado defense slammed that door shut. The Tornadoes then began a drive down the field with a pass caught by Damien Miller for a first down. Trimble caught an interception and the Tomcats began to battle back. It did not last long though as the Tomcats fumbled the ball. Southern took over with 30 seconds left in the quarter. The clock ran out with Southern keeping their one point lead.

In the second half, Southern came back strong with a solid drive for a touchdown making the score 13-6 Tornadoes. The two-point conversion was good making it 15-6 Southern with 7:03 left in the third quarter.

The Tomcats answered back with their own touchdown and a two-point conversion. Trimble was still trailing Southern by one point with 3:47 left in the third quarter.

At this point in the game a play happened where the Tomcats were needing a first down. They came up just short. What followed was a a long contentious break in play. At one point, after the ball had been moved, there was an attempt by the referees to measure if the ball was within the first yard range. Following four calls back and forth by the referees on who had possession of the ball, and consulting the rule book in the middle of the field, Southern took over the ball. There was less than a minute to play in the quarter. Southern only made a short gain before the end of the quarter but the Tornado fans were understandably quite vocal in the stands. The quarter ended 15-14 Southern.

Southern began the fourth quarter with a drive and solidly scoring a touchdown by Josiah Smith. The extra point was good as Southern continued to led Trimble 22-14.

After a penalty on Trimble for unsportsmanlike behavior and the kick by the Tomcats, Southern took over near the 50 yard line. The referees called a penalty on Southern and the ball was moved back on the Tornadoes. Southern quickly made it to first and ten. Josiah Smith continued with a quarterback keeper to keep the drive going. However, the Tornadoes came up short and the ball went to the Tomcats with a turnover on downs.

As time ran out, Southern could not make up the difference and the Tomcats won 28-22.

Next week Southern travels to Belpre to take on the Golden Eagles.