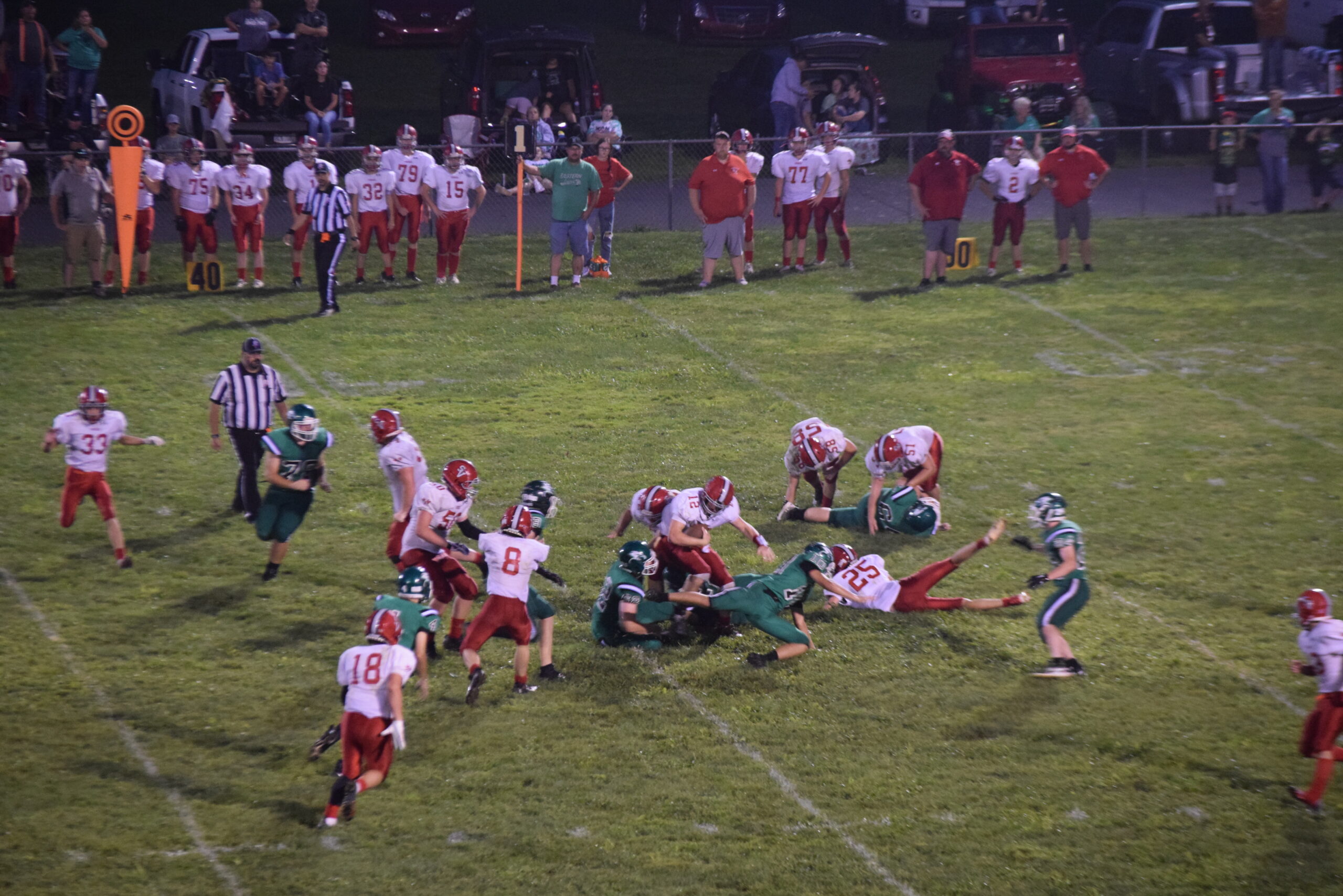 REEDSVILLE, Ohio – The Eastern Eagles continued their 2022 season with another win Friday night.

The Eastern Eagles took an early lead over the Symmes Valley Vikings. While the Vikings attempted to answer back, the Eagles were working on their second win of the season. By half time the score was Eastern 27 and Symmes Valley 6.

Following half time with bands from both schools performing, the football teams were back for the third quarter. Following several flags for movement on the play by the Vikings, Eastern took over on their own 35. Eastern ran for a first down, but made it nowhere. Following a run for a short gain, it was third down. With a turn over on downs, the Vikings were trying to move the ball up the middle of the field. While a few attempts were made for runs, the Eagles were all over the Vikings and effectively tackled runners. With a fumble, the ball turned over to Eastern. The Eagles wasted no time in scoring another touch down made by Brady Yonker. Following a kick by Hayden Wilcoxen, the extra point made the score Eastern 34 and Symmes Valley 6.

The Eagles followed that touch down with another by Rylee Barrett. The kick was good for the extra point and the score was then Eastern 41 and Symmes Valley 6. Symmes Valley then began trying to move the ball down the field with just over six minutes left in the game.

The Vikings managed to answer back with another touchdown with just under two minutes left in the game. With time running out, the Vikings could not overcome the gap in the score. The Eastern Eagles won 41 to 12.

Next week the Eastern Eagles are on the road to Fairfield Christian in Lancaster.

Scenes from the football game below. Photos by Carrie Rose.