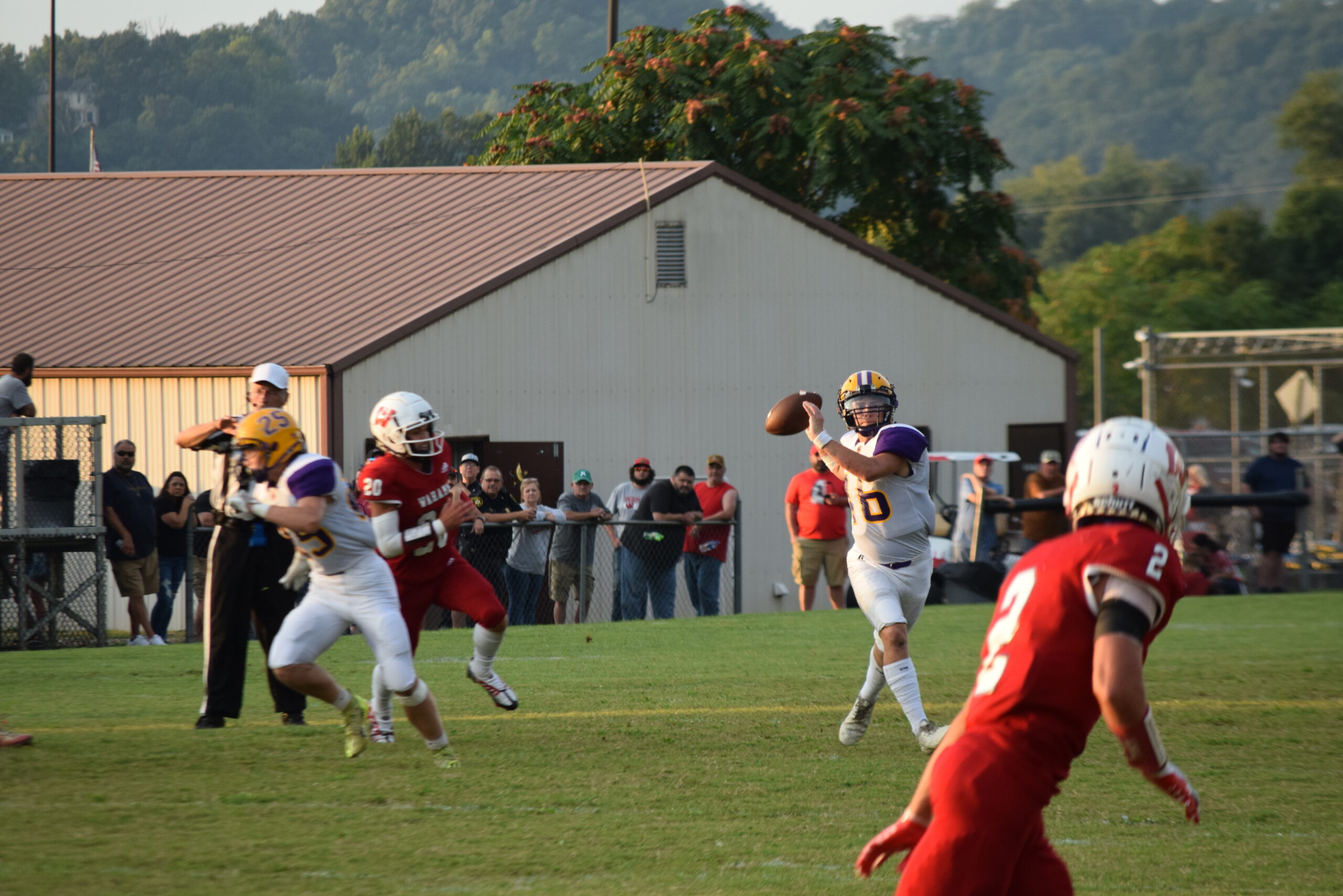 MASON, West Virginia – Southern found another tough week with a second loss on the road.

Coming off a 12-6 loss against Cheasapeake last week, the Tornadoes were looking for a win this week as they traveled to Wahama High School for Wahama’s home opener.

Wahama won the toss and opted to kick to Southern. Southern quarterback Josiah Smith started off the game with a passing play for a gain but, then turned to the running game that went nowhere. Southern punted the ball to Wahama where the White falcons went to a run game that went 70 yards total to score at the 6:54 mark. Matt Barr kicked the extra point to make it 7-0 Wahama.

Southern took the ball from the kick on the 25 yard mark. Southern moved the ball in the air with passes from Josiah Smith to Brandon Laudermilt, Damien Miller, and Kolten Thomas. Southern went back to the ground where there was a fumble Wahama recovered, and in one 76 yard pass scored the second touchdown of the night. Matt Barr’s extra point made the score 14-0 Wahama.

Southern took possession of the ball but could not move the ball down the field and had to punt. Wahama took over control on the 48 yard line where they marched to the end zone to make it 20-0 with 1:50 left in the first quarter. Southern received the kick and returned it to the 32 yard line. Josiah Smith tried a quarterback keeper but the ball came loose and was recovered by Wahama. Wahama passed for a 31 yard touchdown making it 26-0 Wahama. Southern ended the first quarter moving the ball to mid field.

The second quarter started with the Tornadoes mid field but could not connect in the air. The ball turned back over to the White Falcons who could not make anything happen. Southern was moving the ball again starting on their five yard line with a run and passes to Miller, and Thomas putting the ball on the 25 yard mark. The next pass from Smith was picked off by Wahama and returned for six more points making it 33-0 with 6:40 left in the half.

Tornadoes Bradie McCully received the kick on the 20 and took the ball to the 31 yard line, but with a flag for holding brought it back to the 20 yard line. Southern went three and out punting back to Wahama. The White Falcons worked their way to the 33 yard marker where the ball came loose and was recovered by Southern.

Southern’s Josiah Smith passed to Damien Miller who went to 47 of Wahama. At first and 10 Smith attempt to pass to Derek Griffth, but was intercepted by Wahama. Neither team was able to advance the score before the half. Wahama went into the locker room with a 33-0 lead.

Wahama come out and took the kick off at the 20 yard line and marched down the field to put 6 more on the board making it 39-0. Matt Barr booted the extra point making it 40-0.

The Tornadoes receive the ball again on their five yard line and started towards the end zone but olny made it to the 42 yard line where they fumbled and the White Falcons recovered. The next play Wahama scored again and with the extra point good making the score 47-0 with 4:08 left in the third quarter.

Southern’s Kolten Thomas took the kick at the 10 yard mark and carried it to the 20 but a flag for blocking in the back brought the ball back to the 10. Southern went three and out and punted the ball to the 46 yard line where Wahama took over.

The White Falcons fumbled and recovered but the next play fumbled again and the Tornadoes recovered. Unfortunately, the Tornadoes could not connect and went four and out. Wahama took over and finished out the third quarter with a score of 47-0.

The fourth quarter was started with a running clock per league rules in West Virginia. Wahama and Southern both put underclass men in the game where both teams battled back and forth but Wahama was able to put one more score on the board to finish off their home opener with a score of 53-0.

The scoreboard didn’t show it at the end of the night but both teams played hard and left it all on the field. Southern will have its home opener next week against the Miller Falcons.